A Novel Biofuel System for Hydrogen Production From Biomass

Thursday, 12 March 2020
0
REM
A research team, led by Professor Jungki Ryu of the School of Energy and Chemical Engineering at Ulsan National Institute of Science and Technology in South Korea, presented a new biofuel system that uses lignin found in biomass for the production of hydrogen. The system decomposes lignin with a molybdenum (Mo) catalyst to produce high value-added compounds, and the electrons extracted in the process effectively produce hydrogen. 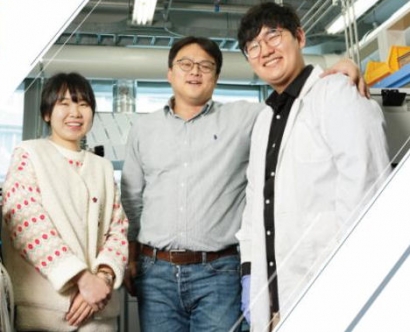 An eco-friendly way of producing hydrogen is the electrolysis of water. The voltage is applied to the water to produce hydrogen and oxygen at the same time. However, in the currently reported technology, the oxygen generation reaction (OER) is slow and complicated, and hydrogen production efficiency is low. This is because hydrogen gas is produced by hydrogen ions  as electrons, because these electrons come from the oxygen evolution reaction.

Through the study, Professor Ryu and his research team have developed a new biofuel system that uses lignin as an electron donor in a way to reduce the overall inefficiency of the OER. This is the principle of using molybdenum-based inexpensive metal catalysts (PMA) to break down lignin at low temperatures, and extract the electrons produced in the process to produce hydrogen. The new device has been designed to move electrons from lignin, along the wire to the electrode where the hydrogen evolution reaction (HER) occurs.

"With this new system, we can produce hydrogen with less energy (overvoltage) than conventional water electrolysis, as there is no need for oxygen reactions, requiring high energy and precious metal catalysts," says Hyeonmyeong Oh (Combined M.S/Ph.D. of Energy and Chemical Engineering, UNIST), the lead author of the study. "Conventional methods require more than 1.5 volts, but the new system was capable of producing hydrogen at a much lower potential (0.95 volts)."

In addition, vanillin or carbon monoxide (CO), which are produced via lignin breakdown is very useful substance for various industrial processes. "Lignin, the second most naturally abundant biomass, is difficult to decompose. However, using molybdenum-based catalysts (PMA) it was easily degraded at low temperatures," says Research Assistant Professor Yuri Choi, the co-author of the study.

"The new biofuel system is a technology that produces hydrogen and valuable chemicals using cheap catalysts and low voltages instead of expensive catalysts such as platinum (Pt)," says Professor Ryu. "Our work is also significant, as it presents a new way to replace oxygen-producing reactions in the electrolysis of water."

PHOTO: Professor Jungki Ryu (center) and his research team in the School of Energy and Chemical Engineering at UNIST./UNIST