AboitizPower to Expand RE Portfolio with Biomass

Thursday, 07 July 2016
0
REM
Manila's Aboitiz Power Corp. is adding biomass to its renewable energy (RE) portfolio, after the completion of the acquisition of the 8.8-MW Aseagas biomass energy facility currently under construction in Lian, Batangas. 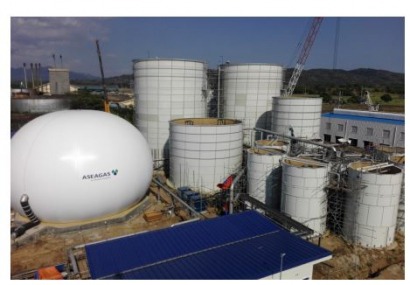 “The addition of Aseagas and biomass technology intensifies AboitizPower’s efforts in expanding our renewable energy portfolio. We are excited about biomass and we hope to build more capacity through this technology,” said AboitizPower President and COO Antonio R. Moraza.

“We have always expressed that AboitizPower will continue pursuing renewable energy as long as it is available and viable; this project is a testament to that commitment,” Moraza added.

The biomass power plant is expected to become fully operational and to deliver power to the Luzon grid before the fourth quarter of 2016.

This is the first foray of AboitizPower into biomass technology, and is set to boost the company’s renewable energy capacity, under the Cleanergy brand. Just last April, AboitizPower also ventured for the first time into solar power, with the inauguration of the San Carlos Sun Power, Inc.’s 59-MWp solar power plant in Negros Occidental.

The first Aseagas biomass facility will utilize and convert the organic effluent of its partner Absolut Distillery, Inc. (ADI) into clean and renewable energy, which will help power around 22,000 households. It will also produce 33 tpd (tons per day) of liquid carbon dioxide (LCO2) for the industrial and beverage industries.

At present, AboitizPower and its partners produce 3,350 MW of total net sellable capacity, 38-percent of which comes from its RE power plants all over the country.

Aseagas COO Juan Alfonso emphasized that the strong partnership of the Aseagas and ADI will ensure the sustainability and continued operations of the biomass facility in Lian.

“During the 24-month construction period, the team was able to reach the safety milestone of 1 million hours without lost time incident. We look forward to full operations of the plant within this year,” said Alfonso.