Monday, 20 May 2019
0
REM
Air BP, the international aviation fuel products and services supplier, returns to EBACE 2019 with the news that it has offered sustainable aviation fuel to general and business aviation customers and aircraft manufacturers at Stockholm Arlanda (ARN/ESSA) airport in Sweden and Caen Carpiquet (CFR/LFRK) airport in France. This latest fuel offering comes in support of the industry’s Sustainable Alternative Jet Fuel (SAJF) initiative, launched one year ago, which aims to encourage operators and aircraft manufacturers to use sustainable aviation fuels. 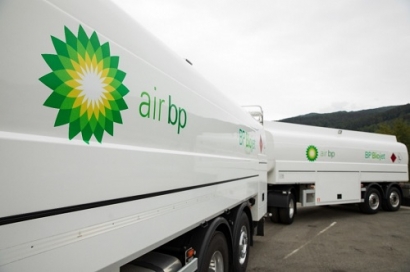 The fuel has been produced by leading renewable fuels producer, Neste, and supplied by Air BP to Caen Carpiquet (CFR/LFRK) airport in France. Neste's sustainable aviation fuel is produced from non-palm renewable and sustainable raw materials. The fuel supplied will produce up to 80 percent fewer emissions over its life-cycle compared with conventional jet fuel.

"Our industry's ambitious carbon reduction targets will only be achieved with support from across the entire supply chain. Initiatives like this give operators direct exposure to sustainable aviation fuel helping us to overcome any obstacles in its adoption,” said Irene Lores, global sales and marketing director, general aviation, Air BP.

The availability of sustainable aviation fuel at Arlanda and Caen airports follows the announcement last month that as part of a collaboration agreement signed in October 2018, Air BP and Neste are ready to supply sustainable alternative fuel to airline and airport customers in Sweden.

Air BP has supplied its sustainable aviation fuel to commercial airlines customers at over 10 airport locations, including at Oslo airport in Norway, where together with Neste it was the first to supply sustainable aviation fuel through the existing airport fuelling infrastructure. In 2018 Bombardier's demonstration fleet was refueled with BP Biojet in Stockholm Arlanda en-route to EBACE and Air BP has also supplied airlines on an ad-hoc basis at airports
including Stockholm Bromma (BMA/ESSB), Karlstad (KSD/ESOK) and Göteborg Landvetter (GOT/ESGG).

EBACE is being held May 20-23 in Geneva, Switzerland.