Wednesday, 02 January 2019
0
Dan McCue
Benefuel Inc., based in Texas, says it is looking to British Columbia as a site for its planned $39.6 million biodiesel facility. 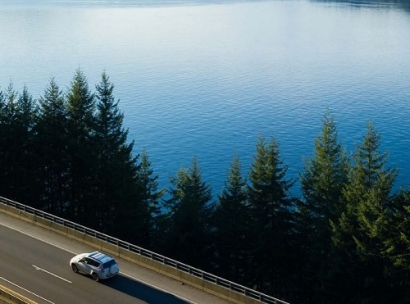 The planned multi-million dollar investment in Canada's westernmost province comes in the wake its adopting a climate change plan, called "Clean B.C.," that requires, among other things, that all new cars sold in British Columbia be zero-emission by 2040, and incentives aimed at reducing organic waste and turning it into a clean resource.

The plan also directs revenue gained through the province's carbon tax into incentives like rebates for the its biggest industries to move to cleaner operations.

In 2008, British Columbia became the first government in North America to implement a broad-based carbon tax. As of April 1, 2018, the carbon tax rate stands at $35 per ton of carbon dioxide equivalent emissions.

"We want to make shifts: shifts in our home, shifts in our vehicles and shifts in our industry away from fossil fuels and into green energy," Premier John Horgan told reporters during a press conference on December 5.

“By moving to clean, renewable energy – like our abundant supply of B.C. electricity – we can power our growing economy and make life better and more affordable for British Columbians.”

"British Columbia's low carbon fuel requirements and climate change strategy have made it a very attractive jurisdiction to locate and invest in a biodiesel facility,” said Rob Tripp, CEO of Benefuel.

“Our company and our shareholders are committed to building a world class biodiesel facility in Canada in the most attractive jurisdiction,” he added.

Benefuel says its refining process is one of the most capital efficient refining solutions for carbon reduction in liquid transportation fuels.

The fuel produced at this facility will have a negative carbon intensity score and is capital efficient, the company said.

Benefuel estimates that the new plant will reduce greenhouse gas emissions by over 550,000 metric ton per year, which is equal to roughly 10 percent of British Columbia’s 2030 target reduction for transportation outlined in the Clean B.C. Report.