Bioenergy Leads Growth of Renewables to 2023

Monday, 08 October 2018
0
REM
Modern bioenergy will have the biggest growth in renewable resources between 2018 and 2023, underscoring its critical role in building a robust renewable portfolio and ensuring a more secure and sustainable energy system, according to the International Energy Agency’s latest market forecast. 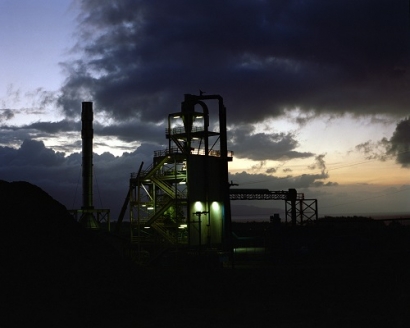 Renewables will continue their expansion into 2023, covering 40 percent of global energy consumption growth, according to the IEA’s Renewables 2018 market analysis and forecast report. Their use will account for almost a third of total world electricity generation in 2023. Renewables use expands far more slowly in the transport and heat sectors due to weaker policy support and additional barriers.

While the growth in solar PV and wind is set to continue in the electricity sector, bioenergy remains the largest source of renewable energy because of its widespread use in heat and transport, sectors in which other renewables currently play a much smaller role.

“Modern bioenergy is the overlooked giant of the renewable energy field,” said Dr. Fatih Birol, the IEA’s Executive Director. “Its share in the world’s total renewables consumption is about 50 percent today, in other words as much as hydro, wind, solar and all other renewables combined. We expect modern bioenergy will continue to lead the field, and has huge prospects for further growth. But the right policies and rigorous sustainability regulations will be essential to meet its full potential.”

The focus on bioenergy is part of the IEA’s analysis of “blind spots” of the energy system.  Assuming strong sustainability measures are in force, the report identifies additional untapped potential for bioenergy to “green” and diversify energy usage in the industry and transport sectors.

China leads global growth in renewable energy as a result of policies to decarbonize all sectors and reduce harmful local air pollution, and becomes the largest consumer of renewable energy, surpassing the European Union by 2023. Of the world’s largest energy consumers, Brazil has the highest share of renewables by far – almost 45 percent of total final energy consumption in 2023, driven by significant contribution of bioenergy and hydropower.

Meanwhile, solar PV dominates renewable electricity capacity expansion. Renewable capacity additions of 178 GW in 2017 broke another record, accounting for more than two-thirds of global net electricity capacity growth for the first time. Solar PV capacity expanded the most (97 GW), over half of which was in China. Meanwhile, onshore wind additions globally declined for the second year in a row, and hydropower growth continued to decelerate.

Solar PV capacity is forecast to expand by almost 600 GW – more than all other renewable power technologies combined, or as much as twice Japan’s total capacity, reaching 1 TW by the end of the forecast period. Despite recent policy changes, China remains the absolute solar PV leader by far, holding almost 40 percent of global installed PV capacity in 2023. The United States remains the second-largest growth market for solar PV, followed by India.

Even with renewable energy technologies becoming increasingly competitive, appropriate policies and market design are critical. Under an accelerated case, which assumes greater supportive government measures, the expansion of renewables in electricity and in transport could be 25 percent higher.

Untapped potential of bioenergy in cement, sugar and ethanol industries is also significant. Bioenergy growth in the industry, transport and electricity sectors combined could be as considerable as that of other renewables in the electricity sector. A significant proportion of this potential relies on wastes and residues that offer low lifecycle greenhouse gas (GHG) emissions and mitigate concerns over land-use change. In addition, using these resources can improve waste management and air quality.