Monday, 11 November 2019
0
REM
Colorado-based renewable fuels manufacturer, Gevo, has made the winning bid in a competitive process conducted by the City of Seattle to provide renewable gasoline to its fleet vehicles. 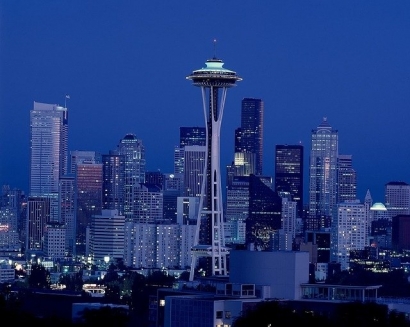 Gevo has been awarded a four-year contract, with three two-year extensions, to supply at minimum 200,000 gallons/year of renewable isobutanol and 600,000 gallons/year renewable isooctane (“renewable gasoline”) to the City of Seattle to displace fossil-based gasoline. The bidding process was part of Seattle’s Green Fleet Action Plan authored by Philip Saunders, Seattle’s Green Fleet Program Manager, to tackle its fleet emissions aggressively.

The City of Seattle has stated that in the Puget Sound region, transportation accounts for over 60 percent of the greenhouse gas emissions. Therefore, it’s acutely focused on reducing emissions from the citywide fleet in support of its Climate Action Plan. Seattle has made “greening the fleet” part of its GFAP, a significant effort over the last 10 years and has clearly articulated two simple and measurable goals: 1. Reduce GHG emissions by 50 percent by 2025. 2. Use only fossil-fuel-free (F3) fuel by 2030.

“The City of Seattle is making a measurable difference, and together, we can reach the goals of its Green Fleet Action Plan. The city is again illustrating what is possible; to break away from fossil-based fuels and to reduce CO2 and particulate emissions, as well as other related pollution,” stated Patrick Gruber, Chief Executive Officer of Gevo.

For this program, Gevo has partnered with certified veteran and minority-owned small businesses, Scooter J Logistics and Small and Sons Oil Distribution Company, to deliver the final blended renewable gasoline products. These businesses will coordinate the blending, logistics, and delivery of the final product to the City of Seattle.