Monday, 28 January 2019
0
Dan McCue
Gevo, based in Englewood, Colorado,has signed on to a Memorandum of Understanding with a group of eight airlines and certain fuel producers to work cooperatively on expanding the use of Sustainable Aviation Fuels at San Francisco International Airport. The consortium, initially formed in September of 2018, is the first of its kind to include fuel suppliers, airlines, and airport agencies in a collaborative effort to accelerate the global transition to SAF. 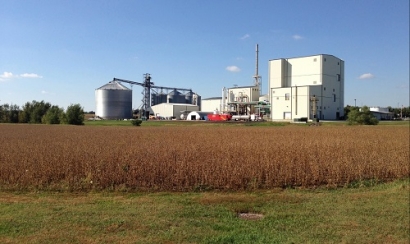 The four airlines – United Airlines, Alaska Airlines, American Airlines, and Cathay Pacific – represent nearly 70 percent of all flights at SFO, while the four fuel producers include SFO’s two primary suppliers, Chevron Corporation and Shell Oil Company along with Neste and LanzaTech, Inc. Together with SFO Fuel Company, LLC, the Airport’s Fuel Consortium, Gevo and these partners will strive to increase SAF supply globally and at SFO.  Airlines at SFO currently use over 1 billion gallons of jet fuel annually.  If SAF suppliers are able to increase global supply from the current 5 million gallons per year to 500 million gallons per year, the use of SAF could prevent nearly 4.8 million metric tons of greenhouse gas emissions per year – equivalent to taking approximately one million cars off the roads.

“We are pleased to be a member of the Consortium to advance the use of sustainable aviation fuel at SFO.  We are the only player at the table using low cost, sustainably produced carbohydrates as a feedstock to produce renewable jet fuel,” said Dr. Patrick Gruber, Chief Executive Officer of Gevo.

He added the company has plans to expand its plant in Luverne, Minnesota, to make it capable of producing nearly 10 million gallons per year of sustainable alcohol-to-jet fuel.

“With this Memorandum of Understanding, we’re moving the dial on an entire industry,” said SFO Airport Director Ivar C. Satero. “A quantum leap of this kind requires partnering with like-minded organizations, and we’re pleased that Gevo has joined the airlines and fuel suppliers who are committed to expanding the use of Sustainable Aviation Fuel in air transportation.”

Gevo’s sustainable alcohol-to-jet fuel (“ATJ”) is included in ASTM D7566 (Standard Specification for Aviation Turbine Fuel Containing Synthesized Hydrocarbons) which makes it eligible to be used as a blending component with standard Jet A-1 fuel for commercial airline use in the United States and in many other countries around the globe.  Gevo’s ATJ is eligible to be used for up to a 50 percent blend in conventional jet fuel for commercial flights.

In September 2018, Gevo and Virgin Australia Airlines, with the support of the Queensland Government, accomplished an industry first by being the first to supply renewable jet fuel into a commercial airport infrastructure in Australia.  Like the Fly Green Day at Chicago O’Hare International Airport in 2017, Gevo’s renewable jet fuel was supplied using the general fuel system at Brisbane Airport.

Gevo has also announced it has developed a proprietary, breakthrough catalytic process that transforms low-cost commercially available, or even waste by-product, renewable alcohols into renewable isoprene that would be expected to compete head-to-head on price with natural and petroleum-based chemical equivalents while reducing CO2 emissions.

Isoprene is predominantly used in the production of synthetic-based rubber.  The market for isoprene is estimated to be approximately $4 Billion by 2025, growing at a compound annual growth rate of 7 percent or greater driven by growth in the automotive sector.

Gevo recently developed a chemical-based catalytic process to convert low-value “fusel oils,” a mixture of alcohols that are byproducts from fermentation processes such as ethanol production, into renewable isoprene.  Fusel oils from the ethanol industry alone equate to about 2.5 million tons of potential bio-based waste feedstock.

“I give credit to our catalytic chemistry team, led by Jonathan Smith, for this breakthrough. We expect to pursue a licensing strategy with this technology.  Potential licensees could be ethanol producers that want to improve the profitability of their facilities, chemical plants that simply want cost competitive low-carbon isoprene, or even standalone businesses,” said Dr. Gruber.