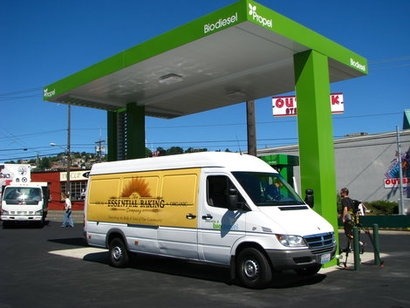 “Your services are currently reviewing the Renewable Energy Directive” the letter stated. “Our companies stand ready to further deploy and supply the most innovative technologies to produce advanced biofuels from currently unused, underutilised or otherwise wasted raw materials. Our products reduce emissions up to 90 percent, contribute to energy security, drive economic growth and create new jobs.”

Advanced biofuels are seen by the industry as an important solution for decarbonisation in the transport sector by 2030. As part of its low-carbon economy roadmap, the EU plans to cut emissions to 80 percent below 1990 levels in 2050 and all sectors will need to contribute to this target. The GHG emissions from the transport sector will become the single most important source of emissions in the EU by 2030.

The biofuels industry believes that for the vast majority of vehicles which will still run on liquid fuels by 2030 and even beyond, the only solution is to increase their efficiency and replace fossil fuel with sustainable alternatives so that GHG emissions can effectively be reduced on a well to wheel basis.

A stable and predictable business environment will be essential to trigger new substantial investments in EU advanced biofuels production capacity. The industry believes that this can only be created through a long-term and reliable policy specifically promoting advanced technologies, without stranding investments already made.

Advanced biofuels are those low carbon fuels produced from non-food feedstock, that meet the EU sustainability standards, including protection of biodiversity and land, and are certified by EU approved certification schemes that verify environmental, social and economic impacts.

The industry believes that intermediate targets (in 2025) should be set in order to send a strong signal to the market to invest in production capacity of advanced biofuels now. It argues that such targets could be assigned to companies bringing transport fuels into the market. It also argues that this scale-up is feasible and that realising the investments in advanced biofuels production is achievable. The US ethanol industry as well as the EU wind and solar industry have shown that a significant increase of production capacity is possible provided the right policy framework is in place. This is backed by recent findings of the University of Sussex.

The members of LSB say they are ready to supply additional information about the significant impact that the biofuels industry can bring, in terms of CO2 reductions, investment, jobs, revenues for farmers and energy security, and that the industry is committed to make a significant contribution to meeting the EU ambitions of decarbonising the transport sector, with the right policy framework in place.