Liebherr Expands its Use of Neste MY Renewable Diesel

From January 2022 onwards, Liebherr will be expanding its use of Neste MY Renewable Diesel™ to its plant in Kirchdorf where the company develops and manufactures annually approximately 2,500 machines, such as hydraulic excavators, material handling machines and articulated trucks. Neste-produced renewable diesel will be used in the first fill and testing as well as in all plant traffic. 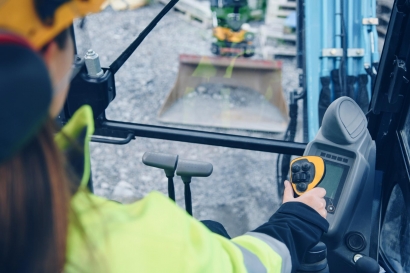 Liebherr has already been powering its mobile and crawler cranes at its plant in Ehingen exclusively with Neste MY Renewable Diesel since September 2021. Liebherr is a global leader in the manufacture of mobile cranes.

Liebherr has been preparing its entire range of mobile and crawler cranes to use renewable diesel over the past few months. Engine manufacturers have checked, certified and approved the use of renewable diesel in the diesel engines. Customers and the company’s own test department have also conducted extensive tests on the cranes powered by renewable diesel. The required tests for the approval were conducted with Neste MY Renewable Diesel.

“We will be able to save 2.5 million litres of fossil diesel per year by switching to Neste MY Renewable Diesel. That will mean an annual reduction of around 6,500 tons of CO2,” describes Ulrich Heusel, Production Director at Liebherr-Werk Ehingen GmbH.

Neste MY Renewable Diesel is a more sustainable alternative to fossil diesel. By switching to renewable diesel, diesel-powered machines in the existing fleets around the world can start reducing greenhouse gas emissions in an instant. By using Neste MY Renewable Diesel as a first-fill fuel and by approving its use in all its machines, including also the older machinery, Liebherr can enable its customers to reduce emissions from their operations.

“We are very proud to work with Liebherr. The fact that they also largely approve Neste MY Renewable Diesel usage in older machinery, makes it easy for the construction industry to reduce their climate emissions significantly in an instant,'' says Carl Nyberg, Executive Vice President, Renewable Road Transportation at Neste. “We are committed to supporting our customers to reduce their greenhouse gas emissions by at least 20 million tons annually by 2030,” Carl Nyberg continues.

Neste MY Renewable Diesel is produced from 100% renewable raw materials. Its helps reduce greenhouse gas (GHG) emissions by up to 90%* when emissions over the fuel's life cycle are compared with fossil diesel. The renewable diesel is a “drop-in” fuel, fully compatible with all diesel engines, not requiring any modifications to the existing vehicles or fuel distribution infrastructures.

Growing availability of renewable diesel and other renewable products