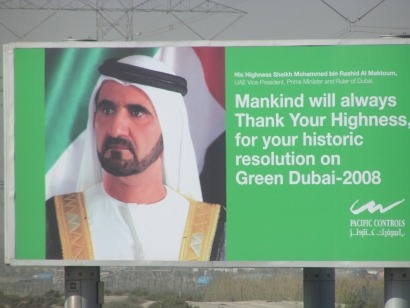 The new plant will be located in Dandenong, just outside of Melbourne, and will convert waste cooking oil converted into biodiesel for use by hamburger giant McDonald’s vehicle fleet in the province.

"We're working with McDonalds on the biodiesel programme and they've asked us to do Melbourne as their next step," said Karl Feilder, Neutral Fuels' chief executive.

The development is in keeping with the enlightened philosophy of Dubai's ruler, His Highness Sheikh Mohammed bin Rashid Al Maktoum, who has said, "We are committed to diversify energy sources. We aim to be a leading center for the export/re-export of green products."

In July 2011, Neutral Fuels undertook a pilot programme with McDonald’s Middle East to test a process for converting waste cooking oil into biodiesel for use in delivery vehicles. The first facility, located in Dubai Investments Park, recently had its capacity doubled to 1.5 million litres a year as the partnership picked up steam in the UAE.

The Melbourne plant has an initial capacity of 1.5m litres per year, which will be upgraded to 6m litres as more restaurants are tapped.

The company currently has waste collection sites at 106 McDonald’s restaurants across Victoria and plans to serve the Fast Food company's remaining 105 outlets by early next year. The fast food retailer wants all of the around 1,000 restaurants in Australia to be integrated into the programme by the end of 2013.

After the needs of McDonald's truck fleet are met, Neutral Fuels is free to sell surplus biodiesel to other buyers, which it has already started doing in the UAE, the company said in a written statement.

Neutral Fuels plans to roll out 16 additional bio-fuel production facilities worldwide over the next three years.