NREL explores the use of wood borers for the biofuels industry 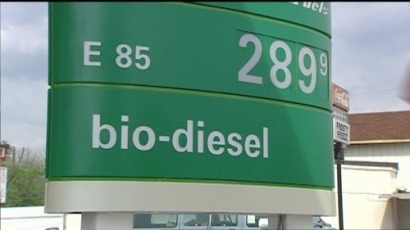 Limnoria quadripunctata is a species of wood borer, known colloquially as gribbles. These creatures tend to make their own enzymes which they use to eat through docks in harbour towns, much to the irritation of fishermen all over the world.

However, researchers from the US Department of Energy’s National Renewable Energy Laboratory (NREL) are investigating whether the creature’s activity could be a blessing for the biofuels industry. Scientists from NREL and elsewhere are looking for enzymes that thrive in salt-rich, high-solids environments. Gribbles can break down biomass into sugars, even in harsh environments. They do so thanks to an organ called the hepatopancreas that extends for almost the entire length of their bodies. This enables the creatures to make their own enzymes rather than depending on organisms that find their way into the stomachs of other creatures such as termites, cows and humans in order to aid digestion.

These enzymes could potentially be capable of a higher salt tolerance than other enzymes and this in turn could teach researchers how to make enzymes that can operate in a high-solids industrial environment, breaking biomass into sugars in a more efficient manner. These sugars could then be turned into ethanol or a renewable fuel in order to replace gasoline, diesel or jet fuel. This could also make the conversion of biomass to fuel both quicker and cheaper say the researchers, who are drawn from NREL, the University of Kentucky and the Universities of York and Plymouth in the UK. A key paper on the crystal structure of a key enzyme produced by the gribble, on which the scientists collaborated, was recently published in the  Proceedings of the National Academy of Sciences of the United States of America (PNAS) and the work is now being funded by the UK Biotechnology and Biological Science Research Council (BBSRC) and the US Department of Energy (DOE).

Enzymes are typically harvested from fungi given that fungi are responsible for most of the biomass degradation in natural environments. Gribbles however live in inter-tidal zones, mango groves, rainforests, harbours and coves where they devour wood as and when they find it. The creatures drew extra attention when researchers from York and Plymouth universities discovered that they produce an enzyme from an important family of cellulases (specifically Family 7 cellulases that are the workhorses of industrial enzyme cocktails), that are usually found in fungi. The gribble actually has three Family 7 enzymes and one of them, dubbed Cel7B, is the subject of the latest paper describing its crystal structure.

“There are striking differences between the gribble enzyme and those derived from the fungi” said Gregg Beckham, one of the authors of the paper. “"We have some suggestions that those differences may teach us a few new tricks in engineering enzymes for enhanced performance in an industrial setting. For biomass conversion, industry wants to push up to very high solids, with very little water around. The gribble enzyme has evolved in a harsh, high-solids environment in the gribble gut, so it could very well thrive. The less water you have in the process, the smaller your reactor can be.”

Tests on Cel7B found that it remained active at more than six times the salt concentration of the sea and even become more effective in its ability to degrade biomass as the salt concentration increased. Furthermore, the smaller the reactor the more concentrated the sugar product is and this means that more money can be saved in a biofuels production plant. The next stage of the project is to use a high performance computer in order to compare the gribble enzymes to similar enzymes from fungi. That will enable the researchers to make better predictions about enzyme activity, specifically whether the enzyme can be used directly in biomass conversion or whether it can be modified to be more like fungal enzymes while retaining useful characteristics, such as the ability for some high-solids tolerance.