Tuesday, 06 April 2021
0
REM
U.S. Senators Amy Klobuchar (D-MN) and John Thune (R-SD) reintroduced the Adopt GREET Act, legislation that would require the Environmental Protection Agency (EPA) to update its greenhouse gas modeling for ethanol and biodiesel. Specifically, the bill would require EPA to adopt the Argonne National Lab’s Greenhouse Gases, Regulated Emissions, and Energy Use in Transportation (GREET) Model for both fuels. EPA would then be required to update its modeling every five years or report to Congress to affirm its modeling is current or otherwise explain why no updates were made. 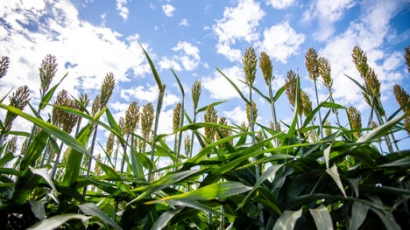 “It is critical that the EPA’s decade-old greenhouse gas modeling for ethanol and biodiesel be updated to fully reflect the newest science and technology,” said Klobuchar. “This legislation will allow us to fully understand how biofuels can help contribute to our emissions reduction goals while expanding and promoting the use of clean energy and rural jobs across the country.”

“I’m proud to reintroduce this legislation that would require the EPA to update its greenhouse gas modeling for ethanol and biodiesel, which will more accurately reflect the emissions reductions achieved by biofuels,” said Thune. “This will not only underscore how homegrown biofuels can be a cleaner part of our energy security and environmental policy, driving value for South Dakota farmers, but also make biofuel exports more attractive to countries seeking to lower their transportation emissions.”

“It is imperative that the EPA adopts the latest, most accurate science to quantify the environmental benefits of ethanol, which was recently shown to have nearly half the carbon intensity of traditional gasoline,” said Josh Shields, senior vice president for government affairs and communications of POET.

“As the EPA works to reduce greenhouse gas emissions, it is vital they use the most recent science and data accurately identifying ethanol as a proven low-carbon solution,” said Tim Waibel, president of the Minnesota Corn Growers Association. “The GREET model and USDA analysis account for the continued innovation of our biofuel industry while capturing the air quality benefits of ethanol-blended fuels. The proposed legislation insuring they play a role in future EPA modeling is a step in the right direction for our shared mission to protect our air quality and reduce harmful emissions.”

"Biofuels continue to prove their environmental benefits and significance in our nation’s climate change efforts,” said Emily Skor, CEO of Growth Energy. “Just last week, a study was released that found that greenhouse gas emissions from corn ethanol are 46% lower than gasoline, up from a previous report of 39%. As the science on biofuels