Thursday, 16 December 2021
0
REM
U.S. Senators Amy Klobuchar (D-MN) and Chuck Grassley (R-IA) introduced bipartisan legislation to prohibit the EPA from reducing the minimum applicable volume of biofuels into transportation fuel once the RVO levels are finalized for any given year. This would prevent the EPA from retroactively reducing 2020 or future finalized RVO levels. 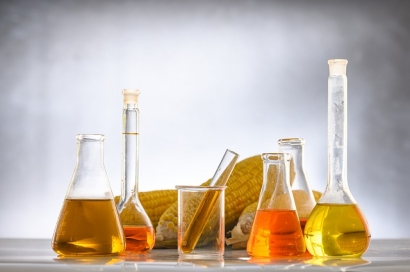 Image by Chokniti Khongchum from Pixabay

“Our farmers and rural communities are counting on us to uphold the integrity of the Renewable Fuel Standard,” said Klobuchar. “This legislation will stop retroactive changes to Renewable Volume Obligations so the renewable fuels industry has the certainty and stability it needs to create jobs, drive investment, and cut carbon emissions from the existing vehicle fleet.”

“Time and time again, renewable fuels have shown to be key in cutting both greenhouse gas emissions and costs at the pump. Yet, past and present administrations have overlooked the value of the Renewable Fuel Standard (RFS), creating uncertainty for Iowa farmers and producers. With EPA’s most recent proposed action of lowering RVO numbers from 2020’s final rule, who’s to say that won’t happen again? It is critical that we establish new safeguards that uphold the RFS and ensure all administrations remain committed to following the law,” said Grassley.

“Upholding the Renewable Fuel Standard helps strengthen the Midwest and our entire nation by diversifying our fuel sources, bolstering our national security, cutting carbon emissions and driving economic opportunity in the heartland,” said Duckworth. “I’m proud to join Senator Klobuchar in introducing this important bipartisan bill that would create more stability for hardworking farmers who feed and fuel our country by halting these harmful retroactive changes to RVO levels.”

“Iowa’s farmers and producers work day in and day out to offer consumers cleaner, more affordable choices at the pump, yet their livelihoods continue to be impacted by bureaucrats in Washington who refuse to uphold the integrity of the Renewable Fuel Standard. This bipartisan bill will ensure the law is followed and in turn provide more certainty and predictability to our renewable fuel industry,” said Ernst.

“This bill comes at a critical time,” said Geoff Cooper, Renewable Fuels Association President and CEO. “Just last week, EPA proposed an unprecedented retroactive reduction to the 2020 renewable volume obligations (RVOs) that were finalized more than two years ago. The RFS was created to provide long-term market certainty for our nation’s ethanol producers and farmers. Going back in time to slash RFS volumes—long after they have been finalized—undermines the purpose and intent of program and destabilizes the marketplace. We thank Sens. Klobuchar, Grassley, Duckworth and Ernst for working together to ensure the integrity of the RFS is being maintained and EPA is being held accountable.”

“ACE thanks these bipartisan Senators for introducing the Defend the Blend Act to help ensure EPA and oil refiners follow the law when it comes to the Renewable Fuel Standard,” said Brian Jennings, American Coalition for Ethanol CEO. “In light of last week’s proposed retroactive cuts to the 2020 biofuel blending obligations, this bill makes clear that going back in time and revising targets that already self-adjusted not only goes against Congressional intent but is likely illegal. We need EPA to quit playing politics when it comes to administering the program and instead look to it as an important tool to immediately make progress toward decarbonization goals for the transportation sector.”

“We’re grateful to Senators Klobuchar, Grassley, Duckworth and Ernst for introducing the Defend the Blend Act in the Senate, legislation that would offer more certainty in the marketplace, especially after EPA’s recent proposal to retroactively lower 2020 RVOs,” said Emily Skor, CEO of Growth Energy. “The Renewable Fuel Standard was put into place to blend more low-carbon biofuels into our nation’s transportation fuel supply, and it includes a built-in mechanism that adjusts for changes in fuel demand. Retroactively reducing RVO levels is completely unwarranted and unnecessary, adds uncertainty to the marketplace, and exceeds EPA’s legal authority.”

Klobuchar has been a strong advocate for investing in renewable fuel infrastructure and upholding the Clean Air Act’s Renewable Fuel Standard (RFS).

In June, Klobuchar introduced a package of bipartisan bills to expand the availability of low-carbon renewable fuels, incentivize the use of higher blends of biofuels, and reduce greenhouse gas emissions.

Also in June, Klobuchar led a letter with 15 colleagues to the EPA and National Economic Council (NEC) expressing concern about reports that the Biden administration was considering options to exempt oil refiners from their obligations under the RFS.

In July, Klobuchar joined with Senator Deb Fischer (R-NE) to introduce the bipartisan Consumer and Fuel Retailer Choice Act, which would amend the Clean Air Act to allow for the year-round sale of E15.

In February, Klobuchar and Thune introduced the Adopt GREET Act to require the EPA to update its greenhouse gas modeling for ethanol and biodiesel. Klobuchar also led a letter with Grassley to the EPA highlighting the need to restore integrity to the RFS by reviewing small refinery waivers, swiftly issuing a proposed rule for the 2021 Renewable Volume Obligation, and advancing the proposed E15 streamlining proposal.