Friday, 04 May 2018
0
REM
Red Funnel, the 'Original Isle of Wight ferry operator' according to its website, has announced it is trialing the use of Green D+ fossil-free fuel on its ro-pax fleet of ships which operate between Southampton and the Isle of Wight. 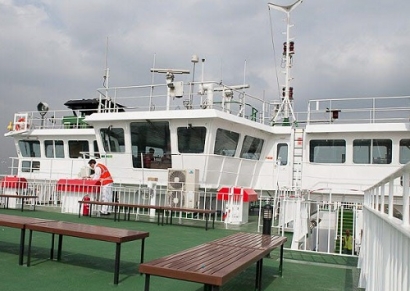 The cross-Solent ferry company has teamed up with Green Biofuels, to trial Green D+ biofuel with varying amounts of low-sulphur Marine Gas Oil, to power the main engines and on-board generators. The aim is to significantly reduce greenhouse gas emissions.

Green D+ fuel is formulated by Green Biofuels using a patented performance additive to HVO (Hydrotreated Vegetable Oil) renewable diesel. The HVO is produced by Neste in Europe from a variety of waste and residue materials (i.e. used cooking oil and waste fats from the food processing industry) as well as plant oils (such as Palm Oil and Rapeseed Oil). The waste oil is recycled back into fuel, eliminating the dangers of inefficient and often dangerous disposal or its re-use in the food chain.

Mark Slawson, Red Funnel's Fleet and Technical Director, said, "The trial use of biofuels is one of a number of new initiatives Red Funnel is taking to significantly reduce its environmental footprint. Unlike other alternative energy sources, switching to biofuel incurs no major infrastructure changes and we are confident that the trial will deliver a reduction in SOx and NOx emissions."

"We are delighted to be working with Red Funnel and aim to help them make the routes to and from the Isle of Wight one of the world's cleanest, in terms of emissions. We hope this marks the start of a new, long-term relationship between our two companies, at the start of what we see as a new era in fuel provision,” commented Magnus Hammick, Green Biofuels COO.