Tuesday, 15 November 2022
1
REM
United Airlines Ventures has announced a strategic investment in NEXT Renewable Fuels, which is permitting a flagship biofuel refinery in Port Westward, Oregon, with expected production beginning in 2026. 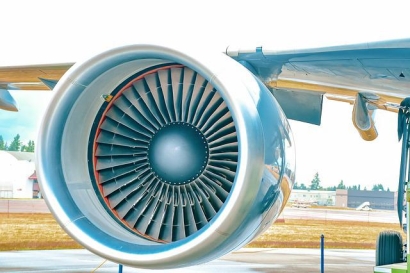 NEXT is a Houston-based company developing the biorefinery which, at full production, could produce up to 50,000 barrels per day of Sustainable Aviation Fuel (SAF), renewable diesel, and other renewable fuels. UAV could invest as much as $37.5 million into NEXT, as long as the company meets certain milestone targets.

"Right now, one of the biggest barriers to increasing supply and lowering costs of sustainable fuel is that we don't have the infrastructure in place to transport it efficiently, but NEXT's strategic location and assets solve that problem and provide a blueprint for future facilities that need to be built," said Michael Leskinen, President of United Airline Ventures.

"We believe this investment will not only bolster NEXT's ambitions and create near-term solutions to expand our SAF supply, but further demonstrates our commitment toward producing SAF at the scale necessary to decarbonize the aviation industry."

NEXT's biorefinery offers several unique benefits including access to a deep-water port, an existing industrial-grade dock, and multi-modal logistics options, which facilitates access to feedstock options and fast-growth SAF offtake markets on the west coast. NEXT has secured an agreement with BP for sourcing 100 percent of its feedstock, further de-risking supply issues smaller facilities have historically experienced.

NEXT has also received a crucial air permit from the State of Oregon. Once all the necessary approvals and permits are obtained and the biorefinery is operational, it has the potential to be used as a platform to scale SAF and deploy additional future technologies.

"The clean fuels industry is taking off and our access to feedstocks, multi-modal distribution, and major industry players positions us to be a leading SAF supplier on the West Coast," said Christopher Efird, CEO and Chairperson of NEXT. "United's investment in NEXT strengthens our resolve to be one of the clean fuels leaders in the transportation sector."

The announcement marks UAV's fifth SAF-related technology investment, and its first investment directly in a biorefinery. United has been an industry leader in advocating for alternative jet fuel for years – including investing in more SAF production than any other airline in the world and flying the world's first passenger flight using 100% SAF in one engine. United also launched the Eco-Skies Alliance program, which among its 30 corporate participants, has collectively purchased more than 7 million gallons of sustainable aviation fuel.

Launched in 2021, UAV is a first-of-its-kind sustainability-focused ventures fund that targets startups, upcoming technologies, and concepts that will complement United's goal of net zero emissions by 2050 – without relying on traditional carbon offsets such as voluntary offsets or planting trees. To date, UAV's portfolio includes SAF producers and other companies advancing technologies including carbon utilization, hydrogen-electric engines, electric regional aircraft and air taxis.

Add a comment
Denk
I’ve been searching for some decent stuff on the subject and haven\'t had any luck up until this point, You just got a new biggest fan!.. https://www.youtube.com/watch?v=7XWmHCkS_x0