Friday, 23 October 2020
66
Robin Whitlock
Research by two scientists at the US National Renewable Energy Laboratory (NREL) and Oak Ridge National Laboratory (ORNL) have found that the amount of sugars produced from lingo-cellulosic biomass are equally important as rapid growth and height of trees. The new research reveals that the size of trees is only part of the equation. The scientists analysed sections of poplar trees to determine how variations in their size and composition affect feedstock quality and biorefinery economics 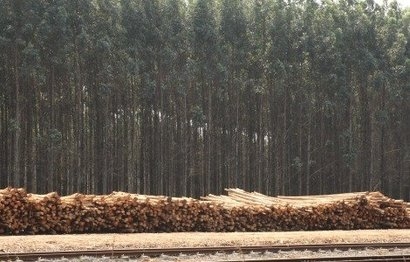 In the production of biofuels from woody biomass, feedstocks represent a significant expense with costs incurred for planting, harvesting, and transporting the trees. Growers typically look at how many trees they can plant per acre with little consideration given to how much fuel those trees will produce or the quality of that fuel.

The researchers analysed 900 samples of black cottonwood trees grown in Oregon to determine how variations in their size and composition affect feedstock quality and biorefinery economics.

“Those differences do make an economic difference” said Brian Davison, a biochemical engineer with ORNL and a lead on the project.

The amount of fuel produced per acre each year and the minimum fuel selling price (MFSP) are most strongly connected to the size of a tree. But when considering the largest 25 percent of trees, the size and sugar content were of nearly identical importance to the MFSP, the researchers found.

“Over the long run, in the case of a biorefinery, that adds up to millions of dollars by taking the genotypes that give you the most sugar” said Happs, an analytical chemist at NREL and lead author of the paper.

The scientists chose the black cottonwood tree to study because of its fast growth and its prevalence across North America. The tree can be ready to harvest after about seven years from planting. In addition to the sugar content, the researchers also analysed the amount of lignin, which forms rigid cell walls and bark that is difficult to break down. The analyses informed a techno-economic analysis of using the black cottonwood as a biofuel feedstock.

The trees with the best attributes can be cloned for rapid propagation. “We can also breed for the key genes to increase both sugar content and growth” Davison said. “We observed that there was no correlation between composition and size - hinting that we could selectively breed for maximising both of these attributes simultaneously without trading one for the other,” said Bartling, who conducted the techno-economic analysis of the poplar samples.

Genetic engineering may allow for further improvement of sugar content. The researchers used computer modeling to evaluate a hypothetical scenario involving two clones in which the sugar was increased by 5 percent among a smaller set of the trees. The additional sugar content reduced the MFSP, highlighting how composition can begin to compensate for economic losses in smaller trees—perhaps in a region where poor conditions may not allow them to grow as large.

The research was funded by the BioEnergy Science Center and the Center for Bioenergy Innovation from the US Department of Energy Bioenergy Research Centers.

NREL is the U.S. Department of Energy's primary national laboratory for renewable energy and energy efficiency research and development. NREL is operated for the Energy Department by the Alliance for Sustainable Energy, LLC.

Tags: Fuel , Bioenergy , Biofuel , Renewable energy , Biomass , Efficiency , Transport
Add a comment
dd
so much great information on here, : D. https://itlessoneducation.com/
dd
Have you ever thought about including a little bit more than just your articles? I mean, what you say is valuable and everything. However think of if you added some great visuals or videos to give your posts more, “pop”! Your content is excellent but with images and clips, this site could definitely be one of the best in its field. Amazing blog! https://firsteducationinfo.com/
dd
As I website possessor I believe the subject material here is rattling fantastic , appreciate it for your efforts. https://iteducationcourse.com/
dd
Wow, superb blog layout! How long have you been blogging for? you make blogging look easy. The overall look of your site is magnificent, as well as the content! https://higheducationhere.com/
dd
The following time I learn a weblog, I hope that it doesnt disappoint me as much as this one. I imply, I know it was my choice to read, however I actually thought youd have something interesting to say. All I hear is a bunch of whining about one thing that you may fix for those who werent too busy on the lookout for attention. https://iteducationlearning.com/
dd
I am glad to be one of many visitors on this outstanding web site (:, thankyou for putting up. https://theeducationinfo.com/
dd
I am glad to be a visitant of this thoroughgoing web blog ! , thankyou for this rare info ! . https://stilleducation.com/
dd
After study a few of the blog posts in your web site now, and I actually your means of blogging. I bookmarked it to my bookmark web site listing and will probably be checking back soon. Pls check out my website online as properly and let me know what you think. Education Guide
Joseph Whitaker
This is a brilliant blog! I\'m very happy with the comments!.. phenq
Joseph Whitaker
This blog is really great. The information here will surely be of some help to me. Thanks!. http://188.166.252.134/
1 2 3 4 5
electric/hybrid