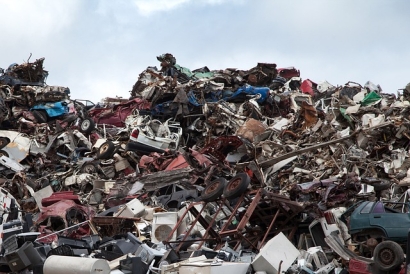 The location for the first plant is being researched, and it is expected to be in Jebel Ali, United Arab Emirates. The plant will produce renewable methanol for shipping from unrecyclable waste currently being collected and disposed of by Averda. This renewable fuel would help shipping companies achieve up to 90% reductions in CO2 emissions and other greenhouse gases and pollutants compared to conventional fuels.

The world generates 2.01 billion tons of municipal solid waste annually and global waste is expected to grow to 3.40 billion tons by 2050, more than double population growth over the same period. Turning waste into renewable fuels is possible.

Malek Sukkar, Chief Executive Officer of Averda, commented: “This partnership will help to address climate change by diverting waste from landfill to produce renewable fuels. Averda is proud to partner with WasteFuel, another member of SMI, to bring this innovative and sustainable solution to the region, and to continue our journey towards a world without waste.”

“Addressing the climate emergency requires an exponential increase in renewable fuel supply. The Middle East, specifically Jebel Ali, is considered a gateway between the Western Hemisphere and the Far East. As WasteFuel works to produce green methanol to decarbonize shipping at scale, the opportunity to develop a biorefinery in partnership with Averda in the Middle East was an exciting and logical next step,” said Trevor Neilson, Co-founder, Chairman and CEO, WasteFuel.

Collaboration is critical to address the waste and climate crisis. Averda and WasteFuel partnered after meeting through the Sustainable Markets Initiative (SMI), which was established by His Majesty King Charles III in 2020 when he was in role as His Royal Highness The Prince of Wales. Averda and WasteFuel announced the partnership today at the SMI event held as part of COP27 in Sharm el-Sheikh, Egypt.

Averda is the leading waste management and recycling company in the emerging world, operating in India and across the Middle East and Africa. The company provides a broad and specialised range of services to over 60,000 clients - large and small - across private and public sectors. These include the municipal authorities of major cities and household names in a wide range of sectors including oil & gas, automotive, retail and hospitality.

Founded in 1964, Averda increasingly focuses on providing sustainable solutions which extract value from waste, reducing use of the planet’s limited natural resources and driving the circular economy. The company’s portfolio of services range from collecting bins and cleaning city streets to sorting, composting, recycling and disposing of household waste as well as safely managing highly-regulated hazardous waste streams including medical waste and dangerous chemicals. Recent investments have further developed the company’s waste treatment capabilities, with the goal of providing circular recovery options in all markets.

The company currently employs over 14,000 people worldwide, helping to provide secure employment amongst the communities it serves. Protection of environmental and human health is the company’s highest priority, and it operates in full compliance with international standards for quality control wherever it operates, currently: Saudi Arabia, UAE, Oman, Qatar, Morocco, South Africa, Congo and India.