Wednesday, 28 February 2018
0
Dan McCue
A White House summit to determine the future of the United States' renewable fuel standard ended without an agreement Tuesday as senators clashed over how changes to the program would affect their constituents. 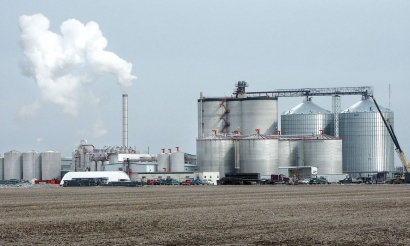 Grassley, a Republican who represents a largely agricultural state, said the sticking point is a proposed cap on renewable fuel credits that the Trump administration seems to favor.

Championed by Texas Sen. Ted Cruz, the plan would place a cap of 10 cents on each renewable fuel credit -- a smidgen of their current value.

Cruz, who represents a state dominated by the oil and gas industry, says imposing a cap in necessary to help the nation's refiners better cope with the nation's longstanding policies supporting the use of biofuels.

Later on Tuesday Grassley tweeted a link to an article from Ethanol Producer Magazine, which reported on a new study by the Iowa Renewable Fuels Association.

That study found that nearly 50,000 Iowa jobs are tied to biofuels production. The association said Cruz's efforts to convince the White House "to undermine the RFS would jeopardize these jobs and thousands of Iowa farm families already struggling with low commodity prices."

Introduced in the early 2000s, the renewable fuel standard requires refiners to blend increasing amounts of biofuels into the U.S. fuel supply every year.

Alternatively, they can purchase credits, called Renewable Identification Numbers, from other companies that do the blending instead.

Environmental Protection Agency Administrator Scott Pruitt and Agriculture Secretary Sonny Perdue have signaled they like the general approach favored by Cruz, but would massage the numbers in a bid to reduce tensions between corn producers and refiners.

Pruitt and Perdue have proposed creating a year-round RIN waiver that would allow E15 -- gasoline that contains 15 percent ethanol -- to be sold year-round; the creation of credits for exported ethanol; and safeguards to tamp down on Wall Street speculation on the credits.

But in his tweet Grassley contended that the renewable fuel standard, as it stands today, would be "destroyed by RIN cap/waiver."

Sanders went on to say that during the meeting Trump made clear his commitment to the renewable fuel standard and his support for both farmers and energy workers.

“He understands there are differing views on this issue, and looks forward to continuing the discussion,” Sanders said.