Tuesday, 27 February 2018
0
Dan McCue
President Donald Trump will preside over a White House meeting Tuesday that could lead to big changes regarding how the nation's renewable fuel standard is implemented. 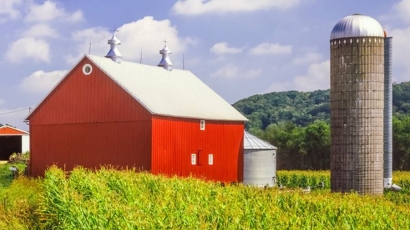 But oil companies have complained about the cost of compliance and other issues, and want the administration to make policy changes to reduce their costs and obligations.

But the White House is already facing criticism from agriculture groups including the American Farm Bureau Federation, who said in a letter to the president that any action taken to benefit the refiners will "by extension, be borne on the backs of our farmers.

"For the past ten years, the Renewable Fuels Standard has been a strong engine driving the rural economy," the letter says. "The RFS, which sets targets for blending ethanol and biodiesel into our nation’s fuel supply, created new markets for our farmers, created new jobs in rural America, gave consumers more fuel choices, and improved our nation’s air quality.

"By any measure, the RFS has been successful not only for agriculture, but for our nation," the letter continues. "This growth has slowed, however, in the face of past government policies and oil industry opposition ... while our fellow farmers struggle with declining farm income and a poor agricultural economy, most oil refiners are experiencing a boom. Refiners are reporting surging profits and significant gains from recent tax reforms."

The Ag community says that while the recent bankruptcy of an East Coast refiner may have increased pressure on the White House to weaken the standard, this business failure is not reflective of the state of the refining industry."

"Despite the claims of adverse impacts from Renewable Identification Number (RIN) costs, last November, the Environmental Protection Agency concluded that RIN values are not causing economic harm to

refiners," the letter says. "The failings of one company should not be used as an excuse for undermining a law that serves hundreds of ethanol and biodiesel plants, tens of thousands of renewable fuel plant workers, and millions of farmers who rely upon the strong market demand created by the RFS."

Tuesday's meeting will include two of the agriculture community's leading advocates in Congress, Iowa Senators Chuck Grassley and Joni Ernst.

It is Pruitt's agency that administers the biofuel program.