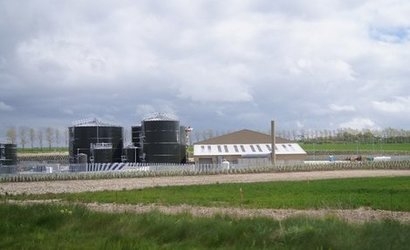 The investment consists of the provision of a debt facility to repay existing loans and acquisition of a minority equity stake from private individuals who were the project's developers for an aggregate amount of around £11 million ($15.6 million).

The Icknield Farm AD plant, located in Ipsden, South Oxfordshire, was commissioned in December 2014. The plant has a capacity of  around 5 MW and predominantly produces biomethane exported to the national gas grid. In addition, the plant also has a 0.4 MW CHP engine and is accredited under the Renewable Heat Incentive and Feed-in-Tariff.

The plant is JLEN's second investment in the AD sector, building upon the recent acquisition of the Vulcan AD plant, to establish a growing portfolio of AD assets and further diversify the Company's portfolio of environmental infrastructure projects including, wind, solar, waste and wastewater.

This acquisition brings the total capacity of the renewable energy assets in the JLEN portfolio to 259.2 MW.

The acquisition was funded by a draw-down under the Company's revolving credit facility and from internal cash resources.

“We are pleased to make a further investment in the anaerobic digestion sector through the Icknield Farm AD plant, which has a proven operational history,” said Richard Morse, JLEN Chairman. “The AD sector is attractive to JLEN due to the high proportion of inflation-linked revenues backed by government subsidy regimes, and we look forward to working with our partners in the sector.