Friday, 16 December 2011
3
Toby Price
The positive development of the European market for mechanical biological waste treatment plants has accelerated considerably. About 80 MBT plants have been newly commissioned in Europe over the past three years. Much of this growth has been fuelled by the rising demand for refuse-derived fuels and energy. 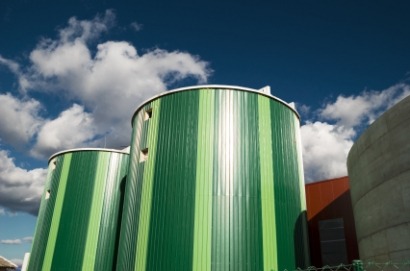 Mechanical biological treatment (MBT) plants produce refuse-derived fuel from municipal waste or treat this waste in such a way that it can be landfilled according to the specifications of the EU Landfill Directive. MBT technology was primarily developed as an alternative to waste incineration.

At present, there are about 330 operational mechanical biological treatment plants throughout Europe. They have the capacity to treat about 34 million tons of municipal waste annually. Since 2009, at least 25 MBT plants have been newly commissioned per year in Europe – more than ever before.

About five years ago, the future did not seem to be that bright for the MBT industry: many of the newly constructed MBT plants experienced technological problems, especially the ones in Germany. Some locations, like Buchen or Heilbronn, even had to shut down a few months after their commissioning. Acceptance of MBT plants decreased rapidly. In 2006, only 12 plants went operational throughout Europe. Instead, waste incineration was booming and became the dominant waste treatment technology.

But now, the demand for MBT plants is higher than ever before.In some countries, like France or Spain, MBT plants primarily get a chance because there are many concerns about waste incineration. In other states, like Great Britain, MBT plants benefit from the considerably increasing demand for refuse-derived fuels (RDFs). The amount of RDF that is being incinerated as a substitute of primary energy carriers grows in cement mills, coal-fired power plants or RDF power plants especially constructed for this purpose.

ecoprog for example estimates in its recently published “The European MBT market” report that the number of MBT plants in Europe will increase to about 450 and the plant capacities will rise from currently 34 million annual tons to 46 million tons by 2016.

Saxlund International GmbH, a fully-owned subsidiary of the energy and environmental technology group, Opcon AB, is one such company that is rolling out waste-to-energy solutions and helping this market to grow.

Since the passing of the German law prohibiting the use of sludge in landfill some six years back, Germany has spearheaded the development of waste-to-energy solutions in this field. With 20 years of experience, Saxlund is established as a technology leader within this area. Just in the last month, the company finished the commissioning of a similar system for the Hamburg Köhlbrandhöft, Germany’s largest waste water plant, and also won an order for a similar expansion to another large German city, Stuttgart, says Rolf Hasselström, CEO Opcon AB.

Tags: Waste ,Europe ,Fuel ,Germany ,Biofuel ,France ,Spain
Add a comment
PJgDRbKsmNrOjECEeon
Wowza, problem solved like it never haepnped.
Toby Price
I'd recommend just copying and pasting the text of the article into a Word document.
KEN CHAN
How do I print the article without all the other stuff.
¡Suscríbete!
wind