Thursday, 30 July 2020
0
Robin Whitlock
An action plan is needed in the South East of England to ensure that the government’s ban on new petrol, diesel and hybrid vehicles, scheduled for 2040, is a success, says Transport for the South East. 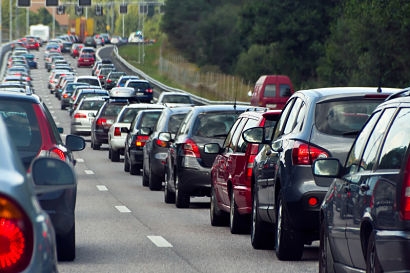 The government is currently consulting on whether or not to bring forward the ban from 2040 to 2035. Transport for the South East, which brings together the region’s local authorities, business groups and other key partners, has called for the creation of a task force from across government, the automotive industry and consumer groups to oversee the development and implementation of the action plan and make sure the agreed target is both realistic and achievable.

It has also put forward a series of measures to enable the UK to successfully meet the target, including:

Financial incentives to encourage people and businesses to make the switch to electric vehicles, including changes to vehicle excise duty

Government to lead by example, ensuring zero-emission fleets across central and local government well before the proposed end date to help drive demand

Clear, consistent and effective advice for consumers on fuel and technology choices

Support the roll-out of electric vehicles through the planning system, with electric charging points in all new housing development, new streetlights and off-street parking facilities

Transport for the South East has also called for a package of financial support to help lower income households make the switch to electric vehicles – which have higher up-front costs than comparable petrol and diesel models – and benefit from their lower running costs.

The introduction of financing options and the development of a second-hand market with support for battery refit costs and warranty guarantees would help overcome some of the existing barriers to electric vehicle ownership.

“Ending the sale of petrol, diesel and hybrid cars and vans will be a critical point on the UK’s journey to a zero emissions future, but agreeing a date is not enough” said Cllr Keith Glazier, chair of Transport for the South East. “Whether the target is 2040, 2035 or sooner, it must be accompanied by a clear and costed action plan setting out how we are going to reach this critical milestone. Without it, there is a significant risk that the target could be missed. Electric vehicles are cheaper to run but more expensive to buy. Without the right financial support, people from lower income households will bear the brunt of higher fuel, maintenance and repair costs that come with owning older conventional vehicles”.

Transport for the South East brings together local authorities and business groups representing 7.5 million people and more than 300,000 businesses to speak with one voice on the region’s transport investment priorities. It has set out its views as part of a response to the Department for Transport’s consultation on ending the sale of new petrol, diesel and hybrid vehicles, which closes on 31 July 2020.

Earlier this month, Transport for the South East published its thirty-year transport strategy to help make the South East a leading global region for net-zero carbon, sustainable economic growth. The transition to zero emissions vehicles will be critical to achieving this, along with measures to reduce the need to travel and encourage modal shift to zero emissions forms of transport including walking and cycling.

Transport for the South East