Monday, 25 February 2019
0
Robin Whitlock
The 32nd International Electric Vehicle Symposium (EVS32), a major international event devoted to electro-mobility, will be held at the Lyon Eurexpo from Sunday 19 May to Friday 22 May 2019, co-organised by Avere and Live! By GL Events. 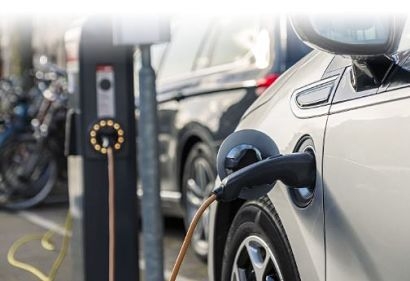 The event will feature two conference programmes – scientific and industrial. It will also feature three plenary meetings, exhibitions and a ‘Ride and Drive’ area open to the public which will help raise awareness about sustainable mobility.. The organisers are expecting around 10,000 visitors, 150 exhibitors and 50 speakers. The theme of this year's Symposium is ‘a world of e-motion’.

Visitors will have the opportunity to test cars, two-wheel electric vehicles, hoverboards, skateboards and many other innovations in the field of electric vehicles in an area covering more than 3,000 square metres. Manufacturers and institutions will also be able to attend the AEC2019 (AVERE E-Mobility Conference) program, a first at the EVS.

Over the course of 4 days, participants will have the opportunity to attend several conferences addressing various themes, such as the development of recharging infrastructures, the digitisation of transport, the role of hydrogen in electric mobility and the role of public policies in the development of carbon-free mobility.

EVS32 will be welcoming Élisabeth Borne (French Minister of Ecological and Solidarity Transition, in charge of Transport), Laurent Wauquiez (President of the Auvergne Rhône-Alpes Regional Council), Philippe Monloubou (CEO of Enedis), and his Serene Highness Prince Albert of Monaco. Many major groups will be attending the event, such as Groupe Renault, EDF and Michelin.

EVS32, which is celebrating its 50th anniversary this year, has chosen Lyon to host its symposium. As a pioneering city in electric vehicles - for example, with the autonomous electric shuttle-bus that has been operating for more than two years in the Confluence district, Lyon is home to many companies and clusters working on these key societal themes.