Thursday, 15 March 2018
0
Robin Whitlock
In a report on air quality published today, a joint inquiry by a number of UK parliamentary committees has heavily criticised the Government’s approach to UK e-mobility across the country. 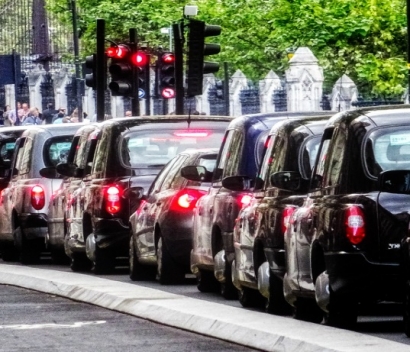 According to the Royal College of Physicians and Royal College of Paediatrics and Child Health, air pollution cuts short an estimated 40,000 lives across Britain each year, costing the UK an annual £20 billion ($28 billion). Children, the elderly, and those with existing medical conditions are at the greatest risk. One of the major factors is road transport, which is responsible for 80 percent of roadside NO2 concentrations.

In response to what has been described as a national crisis, the House of Commons Environment, Food and Rural Affairs, Environmental Audit, Health and Social Care, and Transport Committees conducted a joint inquiry on air quality on 9th October 2017 in order to consider the Government’s plan for reducing nitrogen dioxide (NO2). They decided to launch a cross-cutting inquiry to examine whether the Government’s approach was adequate. The aim was to ensure air quality problems remain at the forefront of public debate and policy making and to raise public awareness of the issue, which is now widely considered a national health crisis.

In Autumn 2017, the Government published an air quality plan to make Britain a “world leader in low emission transport”, encouraging Ultra Low Emission Vehicle (ULEV) uptake and the retrofitting of existing vehicles as well as confirming the Government’s intention to end the sale of conventional petrol and diesel cars and vans by 2040. The plan further identified a number of existing funding schemes from across Government that could bring air quality benefits, including £1 billion for ULEVs.

However, the 2017 plan received significant criticism for failing to address the magnitude of the challenge, including from the High Court which has declared it “unlawful” as it does not “contain measures sufficient to ensure substantive compliance” among 45 local authority areas”. This in turn caused ClientEarth to comment that “for the third time in three years, the courts have declared that the Government is failing in its obligation to clean up the air in our towns and cities” and that the problem was supposed to have been cleaned up over eight years ago. Another major problem is that the “debate on air quality is too often cast as a war against motorists, when in fact regular car users are among the worst affected”.

The joint inquiry report identifies a series of concerns and makes numerous recommendations on the Government’s approach to air quality and how the delivery of its 2017 plan should be improved. It focuses on the need for action that prioritises the protection of public health and the environment over the demonstration of compliance with legal limits, unifies legislation and establishes clear enforcement mechanisms after Britain leaves the EU and increases ambition, speed of action and support to tackle air quality.

In addition to meeting carbon reduction targets, the switch to electric vehicles is expected to improve roadside air quality, as fully electric vehicles have no tailpipe emissions and plug-in hybrid vehicles have no tailpipe emissions if they are in electric mode. In 2013, the Office for Low Emission Vehicles (OLEV) outlined its target to make “every new car an ULEV from 2040 and an effectively decarbonised fleet by 2050”. However, while the uptake of electric vehicles is increasing, the overall proportion remains small. In 2016, only 0.4 percent of new cars were pure electric, and 1 percent partial electric, while 4 percent of new buses in the UK were totally electric. Factors contributing to the slow take-up of electric vehicles include consumer concerns over charging, range anxiety, and cost, as well as manufacturing volumes and market incentives.

Some motor manufacturing companies are pressing ahead with a transition to cleaner vehicles, including Volvo which has recently announced that all its new models from 2019 will be either electric or hybrid. Uber has announced a target for all vehicles using its app to be electric by 2028. However, ABB has commented that the market will beat the Government’s 2040 ambition but that without clear Government action to support the private sector, this will not happen as quickly as it should. This in turn has led the joint inquiry to conclude that the Government lacks ambition and risks falling behind in competitiveness when other countries are pressing ahead.

The inquiry report concludes that the Government is clearly not doing enough to address the inadequate provision of charging infrastructure. There are too few charging points, particularly for rapid charging, to support a wider uptake of ULEVs among public and fleet operators. The current approach to funding and delivering charging points is patchy and does not reflect strategic needs or target areas with poor air quality. For example, in 2016 there were more chargers in Orkney than there were in Blackpool. Furthermore, in its 2017 report to Parliament, the Committee on Climate Change also warned there was a “lack of strategy for on-street residential charging” and found “little progress in developing infrastructure for households without off-street parking”.

The report also finds that many local authorities show reluctance to deploy chargers. The Government reported in January 2018 that just five councils in the UK had taken advantage of the On-Street Residential Chargepoint Scheme, which offers local authorities funding of up to 75 percent of the cost procuring and installing charging points. Sadiq Khan, the Mayor of London, has reported to the Inquiry that in some cases the roll-out of charging infrastructure has been hampered by the refusal of planning committees to accept charging installations, following pressure from residents. Consequently, the inquiry believes that the UK is unlikely to meet the Committee on Climate Change’s target of 9 percent ULEV by 2020 and 60 percent by 2030 without substantial additional impetus.

While the inquiry welcomes the Government’s optimism that ULEV targets will be met, it says that this now needs to be translated into concrete action. The current pace of change is far too slow and there is no real expectation, as yet, that there will be adequate infrastructure to support the UK’s rapid transition away from polluting vehicles without substantial effort from both central Government and local authorities. Consequently, the Government needs to work with National Grid and local authorities to identify the key practical barriers preventing a more rapid roll-out of charging infrastructure. It should also provide details and timescales of how these will be overcome.

Local authorities also need to be clear that they should be facilitating the switch to ULEVS as far as possible and this should be clearly communicated to residents and planning committees. The DfT should work with Defra and the Ministry for Housing, Communities and Local Government to ensure that charging infrastructure addresses strategic needs and prioritises air quality hotspots. A technology-neutral approach must be maintained whilst ensuring these systems are future-proofed and capable of handling increases in usage and larger battery sizes.

Since increased ULEV uptake will place greater demands on electricity generation, it is important that measures to encourage the purchase of electric vehicles do not simply shift harmful emissions from the tailpipe to power production. Careful co-ordination between clean energy, economic development, and air quality strategies is needed to ensure that measures to improve urban NO2 hotspots do not result in overall increases in national emissions. The Government should produce a detailed roadmap outlining how the predicted increase in energy consumption arising from greater ULEV uptake will be produced using clean sources, and the concrete steps needed to ensure these goals are met.

There is insufficient urgency in current policies to accelerate vehicle fleet renewal and while the inquiry welcomed the Government’s commitment to end the sale of new petrol and diesel cars by 2040, this target lacks sufficient ambition. It is too distant to produce a step-change in industry and local government planning and falls far behind similar commitments from other countries. The belief of Under-Secretary of State for Transport Jesse Norman that the UK could phase out conventional cars before 2040 should be reflected in the Government’s policy targets. The Government should also bring forward the date by which the sale of conventional petrol and diesel vehicles will be ended and conduct a feasibility assessment to determine the earliest date by which this could be achieved. It should set out a procurement route map to show how it will achieve this target in the Budget, and extend this commitment to cover the fleets of all departments, agencies and public bodies.

“The sooner that petrol and diesel cars are phased out, the better it will be for the planet and our health” said Erik Fairbairn, CEO of EV charging provider Pod Point. “But market forces will play the biggest role in making this happen, rather than Government intervention. The key barriers that have delayed the transition to electric vehicles (EVs) – price, range, access to charging and battery life – are disappearing. The price of battery packs - by far the most expensive component of an EV - is in freefall, from $1,000/kWh in 2010 to $209/kWh in 2017, while technology advances have significantly increased lifespans”.

Mr Fairburn added that price parity (based on total cost of ownership over a three-year lease) has already been achieved. By the early 2020s, with the cost of battery packs continuing to fall, it will be cheaper to own and maintain an EV than a petrol or diesel vehicle. Furthermore, the issue of range will be resolved as early as this year, with a number of 200+ mile mid-market EVs set to launch, including the headline grabbing Tesla Model 3, the Jaguar I-Pace and the Audi e-tron.

“All these factors will play a role in sending the industry into hypergrowth” said Mr Fairburn. “By 2025 there will be no reason to opt for a petrol or diesel vehicle over an EV.”