Friday, 09 May 2014
0
Robin Whitlock
The first fast-charge station for electric vehicles in New Zealand has opened in Whangarei following an official opening ceremony by the country’s Minister for the Environment Amy Adams. 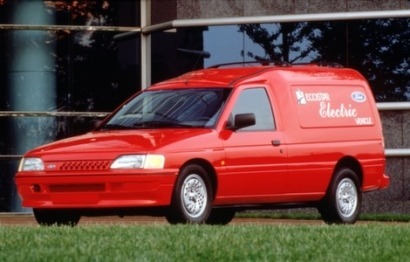 The charging station, developed by New Zealand company Northpower, will be free to use and is capable of providing 80 percent charge capacity within 30 minutes, compared to eight hours for a full charge at a standard charger. The charger is powered by Northland Water courtesy of the Wairua Hydro Power Station at Titoki.

Northpower is planning to make Whangarei New Zealand’s EV capital with daily running costs 75 percent cheaper than petrol and diesel vehicles. This should provide significant economic benefits for the town and surrounding areas while also benefitting the local environment.

“Apart from changing tyres every 40-odd thousand kilometres, there are very minimal servicing costs” said Northpower CEO Mark Gatland. “People can simply drive them to work, head home and re-charge overnight on a standard three-point plug. What makes EV’s so logical for New Zealand is that the majority of power generation is renewable. we are very similar to Norway in that respect.”

Mr Gatland argues that running costs for EVs will be also be cheaper, at around $2 a day for 50-100km of mileage compared to $8 a day for traditional motoring with diesel and petrol vehicles. Northpower has recently completed a study which has found that its electricity network can comfortably handle tens of thousands of EV’s charging overnight as well as making the network more efficient. This should in turn reduce network charges over time. An Auckland University study has also revealed that the national grid has ample capacity for charging EVs.