Thursday, 05 August 2021
0
Dan McCue
President Joe Biden is expected to announce Thursday that his administration is setting a new national goal for the sale of electric vehicles -- wanting half of all new vehicles sold in the U.S. by 2030 to be powered by electricity. The executive order Biden will sign during a ceremony on the South Lawn of the White House Thursday afternoon is also expected to lay out a plan that will include construction of a nationwide network of charging stations, financial incentives for consumers to buy electric cars and financial aid for carmakers and suppliers to retool factories for electric vehicles. 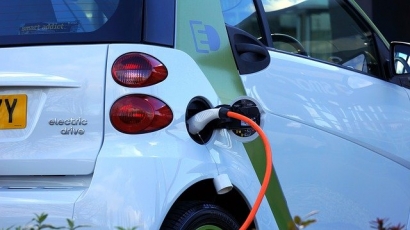 In addition, and consistent with the President’s Day One Executive Order, the Environmental Protection Agency (EPA) and U.S. Department of Transportation (USDOT) will announce how they are addressing the previous administration’s harmful rollbacks of near-term fuel efficiency and emissions standards.

Through these coordinated notices of proposed rulemaking, the two agencies are advancing smart fuel efficiency and emissions standards that would deliver around $140 billion in net benefits over the life of the program, save about 200 billion gallons of gasoline, and reduce around two billion metric tons of carbon pollution. For the average consumer, this means net benefits of up to $900 over the life of the vehicle in fuel savings.

These new actions – paired with the investments in the president’s Build Back Better Agenda – "will strengthen American leadership in clean cars and trucks by accelerating innovation and manufacturing in the auto sector, bolstering the auto sector domestic supply chain, and growing auto jobs with good pay and benefits," according to a White House press release.

White House officials also pointed out that the bipartisan infrastructure bill currently being deliberated in the Senate includes an investment of $7.5 billion to further develop the nation’s electric vehicle charging network, and over $6 billion dedicated to the battery supply chain, manufacturing and helping factories retool and expand “to meet this growing demand.”

American automakers Ford, GM, and Stellantis, issued a joint statement Thursday morning, stating they share the Biden administration’s goal, though they quantified the aspirational sales goal for 2030 of being 40-50%.

“Our recent product, technology, and investment announcements highlight our collective commitment to be leaders in the U.S. transition to electric vehicles,” the corporations said. “This represents a dramatic shift from the U.S. market today that can be achieved only with the timely deployment of the full suite of electrification policies committed to by the administration in the Build Back Better Plan, including purchase incentives, a comprehensive charging network of sufficient density to support the millions of vehicles these targets represent, investments in R&D, and incentives to expand the electric vehicle manufacturing and supply chains in the United States."

"Together, today’s announcements would put us on track to reduce greenhouse gas emissions from new passenger vehicle sales by more than 60 percent in 2030 compared to vehicles sold last year, and facilitate achieving the president’s goal of 50-52 percent net economy-wide greenhouse gas emission reductions below 2005 levels in 2030," the White House said.