Monday, 12 July 2021
0
REM
In the wake of widespread economic disruption caused by the coronavirus pandemic, policymakers worldwide are preparing recovery packages to support businesses, create jobs and reinforce school districts. The electric bus industry will likely be among the key contenders for stimulus funding given its significant environmental and economic contributions, both now and in the future. 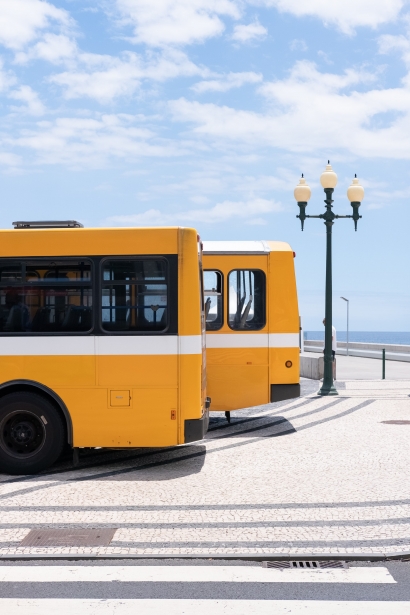 Photo by Oliver Cole on Unsplash

According to a 2019 study published by the Brookings Institution, reducing a child’s exposure to diesel emissions could lead to significant improvement in health and cognitive function. The researchers also observed noteworthy test score gains along with improvement in respiratory health among children exposed to lower levels of diesel emissions.

As support for electric mobility continues to increase, federal agencies are turning their sights on school buses. The global market for electric buses could reach a value of over $53 billion by 2027, claims Global Market Insights, Inc.

Electric buses had a negligible market presence up until a few years ago. However, that has changed now thanks to innovative financing mechanisms and declining battery prices. More and more school fleets in the U.S. are now going electric backed by specialized grants and funding programs.

A single electric bus could help save around $10,000 in maintenance costs annually while reducing greenhouse gas emissions by up to 54,000 pounds each year, LAUSD Superintendent noted. The electric buses are expected to be delivered sometime this spring.

Reportedly, SCCS received grant funding through a recent incentive program by the Monterey Bay Air Resources Board. The Monterey Bay Community Power funded a part of this program with a $1.2 million contribution, which will be used to fund $200,000 grants through six school districts across Santa Cruz, Monterey, and San Benito.

Evidently, public agencies and utility firms are keen to fund, and support electrification plans of local institutions, for strengthening their community and expanding their foothold in the sustainable economy. Notable partnerships can lead to gradual reduction in the overall cost of running and maintaining an electric fleet.

Palermo Union School District in California’s Butte County said it plans to add a new small electric bus to its fleet, which currently has five buses, later in the year. The school district had received a funding of US$85,237 through the Butte County Ais Quality Management District and PGE and is partnering with Amply Power in a bid to reduce electricity costs by up to 50%.

In the New York town of Bethlehem, school district residents will vote in May to decide on a $1,675,000 proposition to replace nine large 2009 diesel buses with new all-electric ones. The purchase will be partially funded through a grant from the New York State Energy Research and Development Authority (NYSERDA).The proposition cost will cover the buses along with the necessary charging infrastructure costs.

The east coast is also witnessing considerable public investment for increasing the contribution of schools toward reducing carbon emissions. Larger school districts are setting notable examples for other counties, with key initiatives aimed at future sustainability.

Maryland’s Montgomery County in February 2021 disclosed plans to roll out hundreds of new electric school buses in an effort to reduce diesel emissions that impact both the environment and the health of students. The Montgomery County School Board approved the $1.3 million annual contract. It is among the largest single district projects in the country to replace diesel buses with electric buses. By 2035, the county aims to swap its entire fleet of about 1,422 buses with zero emission vehicles.

Future of electric buses in the electric mobility space

Even with extensive funding programs, electric bus adoption worldwide is limited in scale. High upfront cost and expenses such as licensing cost, interest on loans, insurance cost, storage cost, and taxes remain key obstacles to widespread adoption of electric buses in schools. The lack of standardized charging infrastructure and not to mention the impact of the COVID-19 pandemic could slow down electric bus industry trends to some extent.

However, positive efforts such as Shell’s plans to build over 500,000 new electric charging stations across the U.S. by 2025 indicate signs of an EV charging infrastructure boom that could prompt public authorities and private investors to pour cash into theelectric bus industry.

About the Author: Hrishikesh Kadam

A graduate in electronics and telecommunication engineering, Hrishikesh has a never-ending passion for content creation. Combined with a bit of experience in writing personal blogs, Hrishikesh blends his technical knowledge and expertise to pen down articles for numerous online portals.