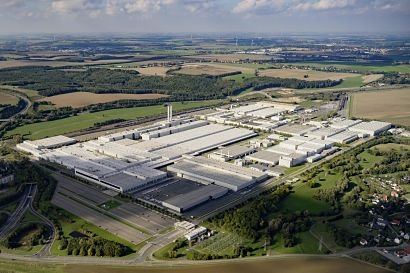 The Federal Chancellor will attend the official ceremony and also visit the production line. The ID.3 is the first model in the latest generation to hit the road under Volkswagen’s global electric offensive. Volkswagen is the very first volume manufacturer to entirely convert a large car factory from internal combustion engines to e-mobility. The phased transformation of the factory already began in 2018 and will be fully completed in 2021, transforming Zwickau into the largest and most efficient electric car plant in Europe.

“Production start of the ID.3 ushers in a new era for Volkswagen – one comparable to the first Beetle or the first Golf” said Thomas Ulbrich, Volkswagen Brand Board Member for E- Mobility. “Zwickau will become the lead plant for this new era in the automotive industry: The plant is undergoing a phased conversion – from 100 percent internal combustion engines to 100 percent electric drives. We are therefore initiating a system changeover in the automotive industry that will unfold over the next one or two decades”.

Transformation of the Zwickau plant is being completed in stages and during normal operation. Conversion got underway just over two years ago. Since then, the body shop, paint shop and infrastructure have been extensively modernised and refurbished. Among other things, the entire conveyor technology had to be aligned to electric vehicles. In addition, the first of two assembly lines was converted. The first ID.3 will leave this line in just a few days. With some 1,700 robots, driverless transport systems and fully-automated manufacturing processes, Zwickau gives a contemporary insight into the shape of forward-looking high-volume production of electric cars.

At the same time, production of the classic Golf Variant will continue until mid-2020. The second assembly line will then be converted to electric vehicles in the same manner as the first from summer 2020 and commissioned in the same year.

Conversion work at the factory is making good progress and is fully on schedule. In the final expansion stage from 2021, the team at Zwickau will be building up to 330,000 all-electric vehicles per year. From then, the plant will be producing six models based on the MEB for three Group brands: Volkswagen, Audi and SEAT, making Zwickau the largest and most efficient electric car plant in Europe.

In addition to conversion of the manufacturing lines, a total of twelve new halls and buildings are being built at the Zwickau plant in order to achieve the planned increase in daily production capacity from 1,350 to 1,500 vehicles. The largest single project is expansion of the press shop: From 2021, almost all pressed parts required for the cars built in Zwickau will be produced on site. Investment into the press shop amounts to some €74 million, with the new large-capacity press accounting for the bulk of the costs. The fully-automated process to convert steel sheet into finished parts is also new. In total, 50,000 square meters of new hall space are being built. Some 50 partner firms are supporting the conversion.