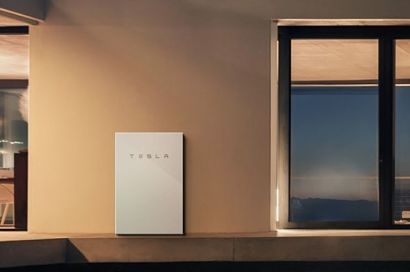 The $23 million project will deliver Tesla Powerwall 2 home batteries to up to 1200 Adelaide households representing 6 MW of residential energy storage. A further 2 MW of demand response capacity will be deployed across 10 commercial businesses. The virtual power plant is expected to be up and running by the end of 2019.

A virtual power plant is a centrally-managed network of battery systems installed behind-the-meter that can be collectively controlled to deliver benefits to households, energy retailers and the local network.

Individual customers will benefit from reduced power costs as they are able to increase the amount of rooftop solar power they consume by storing the solar-generated energy and using it later when they would otherwise be consuming power from the grid. The battery systems are also able to provide backup power in the event of an outage.

The three-year trial will give South Australia Power Networks (SAPN) greater visibility of behind the meter battery storage and access to those batteries as distributed energy resources that can be used to address local network constraints and manage demand.

The virtual power plant project will also develop Greensync’s innovative distributed energy exchange or “deX” platform to a commercial scale. The deX platform was developed by Greensync with the support of ARENA to provide an energy marketplace where energy capacity can be transacted between businesses, households, communities and utilities in response to price signals from the network owner.

“We think consumer energy resources have a huge role to play in Australia’s energy future, but we are still figuring out how we can orchestrate rooftop solar and home batteries to feed back into the grid” said ARENA CEO Ivor Frischknecht. “This is technically hard to do, which is why these pilot projects are so important. This is a potential model for how distributed energy resources can be operated at large scale in the future to help reduce energy prices. This trial will also demonstrate the commercial benefits of integrating a virtual power plant into a distributed energy market platform such as deX”.

Simply Energy CEO Carly Wishart added that Adelaide households will be able to participate in the trial, which will see the home battery system delivered at a subsidised price. Simply Energy will work closely with South Australian Power Networks to give both networks and the market operator greater visibility of behind-the-meter batteries and the ability to use batteries to manage demand and manage network constraints, reducing network costs. The company believes it is a win-win because its customers will get better value from their renewable energy solution and the network will have more electricity sources from which to draw, which in turn improves reliability, particularly at times of peak demand.

Consultants Marchment Hill and Flex are also involved in the Simply Energy consortium developing and managing the project.