Tuesday, 27 October 2020
0
Robin Whitlock
One hundred and four US companies, schools, governments, and institutions are taking part in the Department of Energy’s Smart Energy Analytics Campaign, a four-year initiative to expand the use of energy management and information systems (EMIS) in commercial buildings. 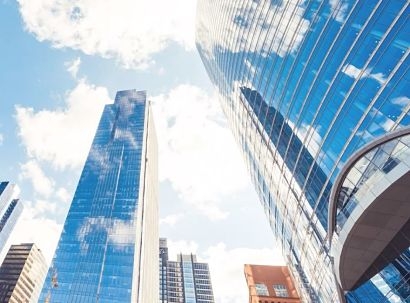 The campaign is funded by the DoE’s Building Technologies Office and facilitated by Lawrence Berkeley National Laboratory (Berkeley Lab). It has helped to drive approximately 4 trillion BTUs of annual energy savings – enough to power more than 44,000 US households for a year, reducing the campaign participants’ collective energy bills by $95 million a year. The research also enabled Berkeley Lab to create the world’s biggest collection of data on building energy analytics. This dataset represents the first real-world, large-scale body of evidence of EMIS’ value to commercial buildings.

“Buildings account for nearly 40 percent of the energy used in the United States, with a total bill well over $400 billion per year” said scientist Jessica Granderson, Berkeley Lab’s research deputy of the Building Technology & Urban Systems Division and leader of Berkeley Lab’s efforts in the campaign. “Energy management and information systems are smart building analytics technologies that reveal hidden energy waste and provide predictive, optimised control. They are critical to achieving major reductions in energy use and to providing healthy, grid-interactive efficient building and energy performance transparency.”

The campaign, a public-private partnership with businesses and public-sector organisations, has supported cutting-edge analytics technology use in over 6,500 buildings totalling 567 million square feet of floor space. It allowed Berkeley Lab experts to offer technical assistance and provide industry partners with frequent opportunities for peer-to-peer interaction, including exchanging best practices.

Berkeley Lab has a long history of research in making buildings more energy efficient, including innovations in windows and daylighting, advanced control systems and sensors, cool roofs, and simulation and benchmarking tools. Here are a few examples of how this Berkeley Lab-led campaign helped industry participants save energy and money by using smart energy analytics.

Researchers found that average installation and software costs ranged from two to eight cents per square foot, depending on the type of EMIS system. The median participant saved approximately $3 million in annual energy costs across their portfolio. Investments in EMIS paid for themselves in approximately two years.

“It’s impractical for businesses to manually review the amount of data being collected in today’s commercial buildings – analytics are needed to get value from all that data” said Hannah Kramer, researcher with the team. “The savings from analytics tend to increase over time as additional opportunities are uncovered”.

One participant, health care system Kaiser Permanente, expanded its use of fault detection and diagnostic software (FDD), a type of EMIS that uncovers errors in buildings systems such as heating, ventilation, and air conditioning, and points to solutions. In 2019, Kaiser Permanente was recognized for its use of EMIS at 69 buildings, demonstrating an average energy savings of 12 percent. It has since expanded the programme to 113 buildings.

Sprint, which has a goal of going carbon neutral by 2025, added fault detection and diagnostic software to the EMIS covering its headquarters campus in Kansas. Sprint’s EMIS system saved the company over $400,000 in energy bills and 4,787,000 kWh annually.

The Commonwealth of Kentucky implemented its Commonwealth Energy Management and Control System (CEMCS), an EMIS monitoring 1,145 buildings. A sampling of the buildings, which range from offices to college dormitories to hospitals and food-service facilities, revealed energy savings of 8 percent.

Stanford University’s 315 housing and food-service operations were being serviced by 2,000 separate utility accounts. The university installed monitors and an EMIS to track utilities and identify opportunities to cut waste. That saved Stanford University Residential and Dining Enterprises $451,000 on its utility bills, including reducing the electric bill by 5 percent and the gas bill by 10 percent.

Although the Smart Energy Analytics Campaign is concluding, its work will continue through DOE’s Better Buildings program, with ongoing support from the team of experts at Berkeley Lab. The Smart Energy Analytics Campaign is one of several successful Better Buildings Alliance technology drives, led by DOE’s national laboratories, that aim to accelerate adoption of efficient building technologies by providing technical assistance, resources, and guidance on best practices.

Other such initiatives include the Building Envelope and Integrated Lighting campaigns. In addition, DOE’s Federal Energy Management Program is planning for the Smart Energy Analytics Campaign to accelerate EMIS adoption in the government sector.