Monday, 09 July 2018
0
REM
CellCube Energy Storage Systems Inc. has announced that, further to the company’s acquisition of Enerox in April 2018, it has now shipped the first energy storage system to the German municipal utility Gelsenwasser for their EnerPrax project. 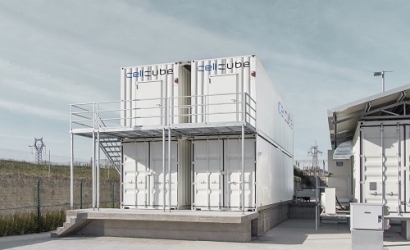 At EnerPrax, the CellCube system is performing energy-centric, electricity storage functions of providing grid stability and time shifting for 8-hour base energy delivery. Enerox’s CellCube vanadium redox flow battery will be the backbone storage technology for the EnerPrax project.

It is estimated by BMWi (German Federal Ministry of Economic Affairs and Energy) that by 2035, close to 60 percent, then by 2050 reaching to 80 percent of the electricity in Germany will be generated be renewable power sources. Wind energy and photovoltaics, which are intermittent in nature, will be the main components of power delivery.

With large volumes of fluctuating renewable energy generation connected to the grid system, at times there will be an oversupply of electricity followed by periods of scarcity which pushes the power grids to their capacity limits. This is currently being compensated by conventional power plants. With the growing share of renewable energies, flexibility in the grid system and electricity requires the use of energy storage of all sorts to mitigate generation and load peaks. In this situation, energy storage systems are the clear favorite choice due to fast reaction and versatility that energy storage allows.

Stefan Schauss, President and CEO of Enerox, stated, “We are delighted to have been selected by Gelsenwasser for this important project. We are able to supply the long duration battery system for this pioneering project which reflects the company’s vision and focus on becoming an integral part of future energy infrastructure solutions that CellCube intends to deploy worldwide.”