Thursday, 26 August 2021
1
Robin Whitlock
The UK could reach its 2050 net zero target by as much as two years' sooner if all energy suppliers put the planet before profits and focused on cutting domestic energy waste, a new white paper submitted by Utilita Energy has revealed. 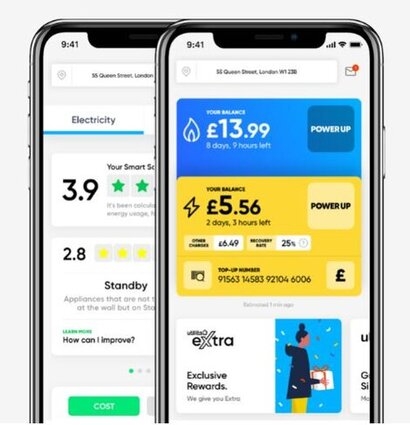 Utilita Energy – the UK’s only energy company created to help households use less energy – has submitted a white paper to the Government this week, which addresses the importance of energy suppliers helping domestic customers to cut waste as a key step towards reaching ‘net zero’ earlier than the 2050 deadline.

Addressing Rt Hon Anne-Marie Trevelyan, Minister for Energy, Clean Growth and Climate Change, the white paper questions why the Government has overlooked the importance of cutting energy waste – the first step in energy sustainability – and is underpinned by new evidence revealing that households can and will use up to 19 per cent less energy, if they are given the technology to do so.

The new, free-to-access Smart Score innovation is a smart-meter-enabled smartphone app feature that measures each customers’ energy efficiency and offers tips and advice on how to use and waste less energy around the home.

Utilita has taken the onus off the consumer to identify where energy is being wasted in the home. Instead Smart Score condenses thousands of data points collected via each property’s smart meter and tells the customer exactly where efficiencies can be made – such as avoiding standby use, for example, and what that will save them in pounds and pence.

The data is presented as simple star ratings on the supplier’s multi award-winning app My Utilita – twice crowned best app in the Uswitch Energy Awards - and shows users how efficient their home’s energy usage is and where immediate savings can be made.

“We’re in the midst of a climate emergency and energy efficiency behaviour can’t be overlooked any longer” said Utilita Energy CEO and environmentalist, Bill Bullen. “The more energy we save, the closer we get to the UK’s net zero target. 2019 emissions from residential energy usage accounted for 15 percent of emissions and was the fourth largest source of emissions behind businesses, energy supply and transport. It can’t be ignored. Our data has confirmed that right now, as much as one fifth of the energy supplied to UK homes is being wasted, so we made it our mission to put an end to that. Smart Score makes this possible. If all energy companies joined us in helping UK homes to use less energy, we could collectively speed up the race to reaching net zero by as much as two years.”

Ian Burgess, Utilita’s award-winning Chief Technology Officer, added that big data in energy has been available since the introduction of the smart meter and that Utilita has led the way in the rollout, with proportionately more smart customers than other energy providers.

“A large part of my role as Utilita’s CTO is to identify ways to use available data to help households waste less and pay less” said Mr Burgess. “After a year in development, we soft-launched Smart Score earlier this year and already we have 50,000 customers tweaking their energy usage to save. So far, we’re seeing an average saving of 11 percent, and that’s just the start. Apart from some simple questions about the customer’s energy usage and set-up, having access to half-hourly data is key, as this enables our algorithms to identify behaviours and deliver precise intel that enable positive behaviour change from day one.”

Tags: Waste ,Efficiency ,Electricity ,Energy Efficiency ,Saving ,Smart meter ,Climate change ,Sustainability ,Transport
Add a comment
Jessy
Beware of imposters! I was scammed 3 consecutive times, until I found CYBER CREDIT GURU on a blog with positive reviews and recommendations, with faith, sometime last Month, I decided to give them a try, in less than 8 days, everything about my credit report was fixed, my FICO credit score increased from 516 to 801 excellent score. I strongly recommend CYBER CREDIT GURU, they are the best and most reliable credit repair firm. Reach out to them via +1(650) 239 7249 or Email: cybercreditguru(at) gmail (dot) com
¡Suscríbete!
wind