Friday, 21 October 2011
0
Toby Price
The International Energy Agency (IEA) has published its 2011 Scoreboard, which focuses this year on energy efficiency. The publication provides a full picture of progress being made as well as the challenges faced implementing energy efficiency policy in IEA member countries, which are gradually reducing their energy intensity. While the Agency gives its members the thumbs up on the measures taken to boost efficiency, it warns they could still do more to drive down energy demand. 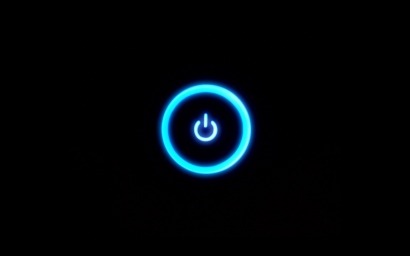 The latest Scoreboard has been released by the IEA, which has decided to focus this year on energy efficiency. According to the report, the world is becoming less energy intensive, with the level of total primary energy supply required for each “unit” of gross domestic product (GDP) falling.

The IEA also found that global energy production fell by 1% in 2009, due to a 2% decline in world GDP; highlighting that it is the first time since 1974 that global energy experienced a decrease, except in 1980 after the second oil shock.

In 2009, China surpassed the US as the world’s largest consumer of energy, primarily because the impact of the economic crisis was less severe on China than in other parts of the world. It was found that as the global economy recovered, global energy output increased by 4.5% in 2010 – a higher level than in 2008.

The IEA reports that since 1974, energy efficiency measures and programmes have “contributed substantially to limiting the growth of energy consumption in IEA member countries”. Analysis of data available from 11 IEA member countries shows the savings could be as high as 63%. However, it is highlighted that the rate of energy efficiency progress has slowed over the period, standing at around 1.9% until 1990 and then tailing off to only 1% thereafter due to lower energy prices and a relative slowdown in the implementation of efficiency measures.

Despite this, the IEA suggests the 1% rate is starting to rise again, although 2009 was described as “an unusual year”, due to the impact of the financial crisis and therefore it will be difficult to understand how the recession has affected economic activity and efficiency and whether or not this trend will continue.

The Agency concludes that “substantial policy measures and innovations” for energy saving are in place, with two-third of IEA member countries having developed risk mitigation instruments for energy efficiency projects, while all are working toward implementing the 1-Watt standby policy for appliances and equipment, for example. That said, the Agency stresses that energy saving opportunities are being missed in IEA member countries, as is the case with energy performance of existing buildings, optimisation of electric motors, and transport systems where “significant investments and modal changes must be made”.

The IEA concludes that “it remains critical that all countries pursue energy efficiency policies that seize the opportunity to ‘lock in’ the early improvement potential already identified and ‘lock out’ inefficient technologies and policies” if potential savings from energy efficiency are to be made.

In her preface to the Scoreboard, the IEA’s Executive Director, Maria van der Hoeven, describes effective energy efficiency programmes as “one of the most important solutions to enhancing energy security”. She warns that achieving the 450 Scenario described in the World Energy Outlook 2010 looks increasingly problematic, and says that the role of energy efficiency in securing a sustainable energy future is “more important than ever”.