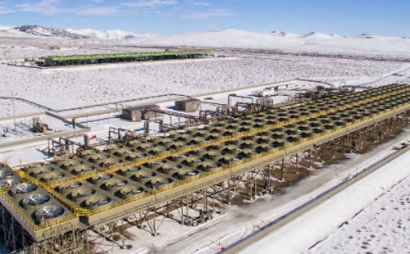 The project will upgrade the current plant and build a new power plant to produce up to 40 megawatts of electricity. Construction will include a substation, up to 26 total geothermal production and injection wells, approximately 7.5 miles of aboveground pipelines and an approximately 58-mile long 120-Kilovolt overhead power line originating at the power plant that will terminate at the NV Energy Eagle Substation near Fernley, Nevada.

The 24,000-acre San Emidio Geothermal Unit includes nine federal geothermal leases and is located in the San Emidio Desert approximately 15 miles southwest of Gerlach, Nevada. The area has a long history of geothermal exploration and production that began in the late 1980s with the construction of the 3.6-megawatt Empire Geothermal Plant. Development and production of the San Emidio geothermal resource has continued since then, the plant facilities were expanded to produce 11.8 megawatts in 2012. The final environmental assessment includes revisions such as additional analysis of hydrogeologic data that were not included in two draft environmental assessments published in 2020.