Italian and Turkish geothermal could replace nuclear across EU

Tuesday, 29 March 2011
0
As arguments for and against nuclear power heat up in light of the Japanese nuclear crisis, attention is turning to alternative sources of power. Renewable energies are clearly the way forward, but they do throw up one problem: intermittency of supply. What about geothermal then? 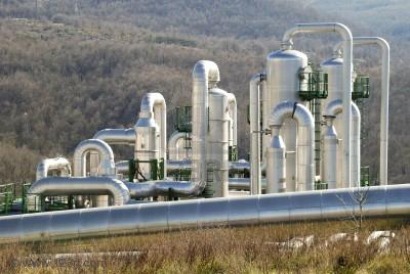 Geothermal energy has been used for thousands of years in some countries for cooking and heating, but it was only in more recent times that it started to be used to generate power. By pumping water down into areas of hot rock, steam can be produced to drive turbines and generate a constant supply of electricity. The first geothermal power station started to produce electricity at Landrello (Italy) 45 years ago and Italy now boasts around 40 geothermal facilities. At a depth of 3,500 metres, rock temperatures reach between at 250 and 300 ºC, which has been confirmed by recognised universities from the numerous drillings they have made.

While Iceland has since become a world leader in using geothermal heat to heat houses and use in industrial processes, as well as for generating electricity, the Austrian company, Fini PLC, believes Italy and Turkey could become European powerhouses thanks to their geothermal resources. The Innsbruck-based company claims that geothermal energy in central and southern Italy, together with western Turkey (bordering the Mediterranean Sea) could replace all the installed nuclear power plants in the European Union.

Fini currwently has four geothermal fields with a total nominal output of 240 MW, and reveals it has the option offsetting up new fields with a capacity of several 10,000 MW.

“Annual production in MWs in Italy and Turkey can be specified as 7 million kilowatt hours per annum,” says the company. “In Italy, this corresponds to three times its wind energy and four times the energy produced by its photovoltaic plants, always obtained per MW nominal output.” Total turnkey costs plus project rights for a geothermal plant currently run at around €70 million (€3.5 million per MW) for a 20 MW plant.