Japanese head to Mexico to roll out more geothermal capacity 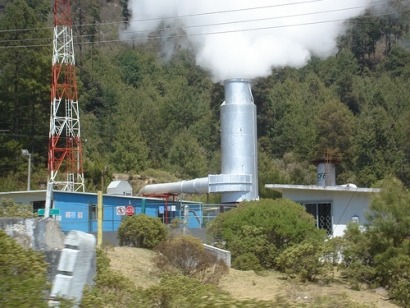 The Los Azufres III power station is to be located in Michoacan, and the new geothermal facility represents the twelfth geothermal power plant to be supplied by MHI to Mexico. It is slated for completion in December 2014.

MHI will be responsible for engineering, manufacture, procurement and installation of major components, including the steam turbine, and balance of plant, as well as civil engineering work. Meanwhile, the generator will be supplied by Mitsubishi Electric Corporation.

The state-owned electric utility, CFE, generates, transports, distributes and markets electric power under the administration of the country’s Ministry of Energy. CFE operates various types of power generation plants, including thermal, hydro, nuclear, geothermal and wind power. MHI has a longstanding relationship with CFE and has delivered power generation systems equivalent to 30% of the utility's power output.

“Leveraging this strong track record and its technological expertise, MHI will continue aggressive marketing activities for its geothermal power generation systems that contribute to efforts to prevent global warming,” concludes the company.