Major Study on Geothermal Potential Gets Underway in May

Friday, 23 February 2018
0
REM
New Zealand’s GNS Science. providers of earth, geoscience and isotope research and consultancy services, has secured funding to begin a six-month project that aims to identify the areas of greatest potential for development of geothermal heat for direct use such as in horticulture, hot pools, accommodation facilities, and industrial applications. The possibility of small scale electricity generation will also be considered. 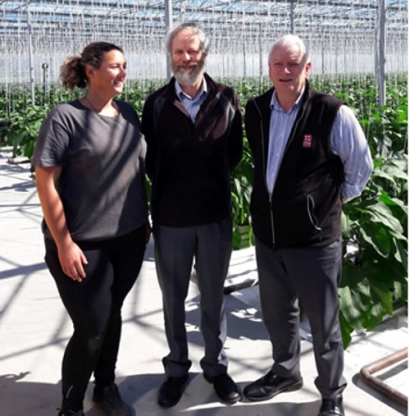 GNS Science has secured 80 percent of the NZD 205,000 (USD 150.000) in funding needed to undertake the study. It is anticipated the balance will come through in the coming months.

The lead funder is Development West Coast.  Chief Executive Chris Mackenzie said, “The Trustees deemed this to be a worthwhile project to be involved with. It is critical that DWC looks at all opportunities for future economic development opportunities and employment on the Coast.”

The Regional and District Councils have also committed or indicated financial support to the project.

The purpose of the project is to create a report describing and ranking prospects for geothermal heat supply development. Its aim is to identify up to four prospects for detailed investigation in subsequent stages. The study area will range from Fox Glacier to Murchison and extend to places such as Lake Brunner.

Project spokesman Dave Jennings of GNS Science said the initial science work would be desk-based bringing together knowledge about the geothermal conditions of the Southern Alps, while aiming to match this with potential users, both existing and in the future.

Jennings also mentioned his appreciation for the early funders for the project, saying, “While small in the overall funding, the early commitment from Westland Milk Products, Gloriavale Christian Community and NZ Thermal Ltd provided the impetus to pull the rest of the funding together.”

Lead scientist, Brian Carey of GNS Science, said. “My focus is on a thorough assessment of those geothermal heat prospects that might ultimately produce value for businesses on the West Coast.

“GNS Science will involve planning and engineering expertise to support the scientific work that will be aiming to move towards practical implementation of projects in subsequent phases.”

Carey said the science work would be reviewed by an international peer reviewer.