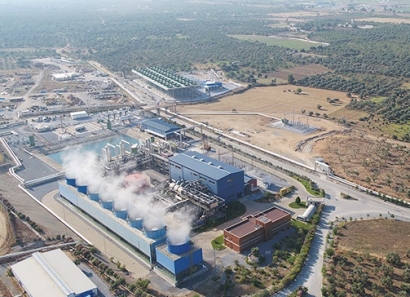 The Germencik Geothermal Power Plant is located in the city of Aydin, some 60km southeast of Izmir, Turkey's third-largest city situated beside the Aegean Sea. The plant comprises two units: Galip Hoca (Unit 1) and Efe-1 (Unit 2), which went into commercial operation in 2009 and 2015, respectively. MHPS supplied the steam turbines, manufactured at the Nagasaki Works, for both units. The generators were made by Mitsubishi Electric Corporation.

The newly signed agreement, which was concluded through MHPS' European subsidiary, initially covers a period of seven years. Under the agreement, MHPS will support parts management and services at the Germencik plant, including the dispatch of engineers.

In 2016, a major overhaul, conducted by the European servicing team, clearly established to Gurmat Electric Generation that the MHPS servicing capabilities are quality led and time driven. Receipt of the new order constitutes an epoch-making milestone in MHPS' servicing of geothermal power plants.