Friday, 15 June 2012
0
REM
Researchers at the University of Western Australia (UWA) will investigate the use of geothermal energy to desalinate groundwater, helping to reduce competition for scarce fresh water resources in those parts of Australia where geothermal energy can be economically used to improve water quality. 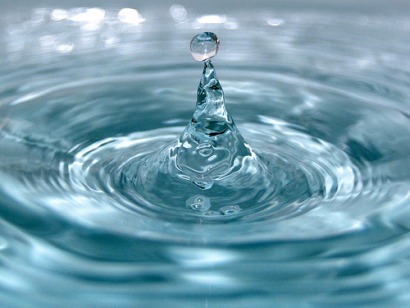 Winthrop Professor Klaus Regenauer-Lieb, director of the Western Australian Geothermal Centre of Excellence at UWA, said the project was the first phase of a feasibility program to investigate and encourage use of geothermal and waste-heat resources for heat-driven pre-treatment and desalination of brackish and saline water.

Professor Regenauer-Lieb will also present the 2012 George Seddon Lecture at UWA on 27 June on the topic of Australia's first steps towards "Geothermal Cities".

The National Centre of Excellence in Desalination Australia (NCEDA) provided $125,000 funding for the groundwater desalination project.  The Federal Government funds the NCEDA's research activities through its Water for the Future initiative.

Professor Regenauer-Lieb said the project would provide WA government and industry with an economic, technical and market analysis of geothermal energy coupled with water production, and identify areas in the state where the technology may be best applied.

"We will identify the main factors that enable local water supplies to be produced with local renewable energy to help overcome the expense of bringing both water and energy to sites that lack these resources," he said.

"It will also help reduce competition for scarce fresh water resources in those parts of Australia where geothermal energy can be economically used to improve water quality."

The project was driven by a desire to boost water supplies for the Integrated Water Supply Scheme which services Perth and Mandurah by treating brackish water that is currently available but unused, Professor Regenauer-Lieb said.

"This use of geothermal power to desalinate water through multi-effect distillation, preheating and reverse osmosis can also work in regional and remote areas where the cost of water and energy is far higher," he said.

Based on the need for reasonably priced potable water and electricity from companies based in remote mining areas, the CSIRO, the WA Geothermal Centre of Excellence and representatives of the State Government combined to examine the potential of geothermal resources and symbiotic heat-driven technologies to meet these needs, Professor Regenauer-Lieb said.

As well as servicing industry needs, there is also huge potential to assist tourist precincts, smaller towns and Indigenous communities, and larger residential/ commercial operations, according to Professor Regenauer-Lieb.

"For example, Rottnest Island desalinates seawater using wind power but geothermal power can provide base load electricity supplies to tourist precincts because of its 24/7 availability," he said.