US Senate to consider bill targeting barriers to geothermal development

Monday, 27 July 2015
1
Dan McCue
A bill intended to unleash the potential of geothermal energy in the United States was introduced over the weekend, and, right out of the gate, it's got bipartisan support. 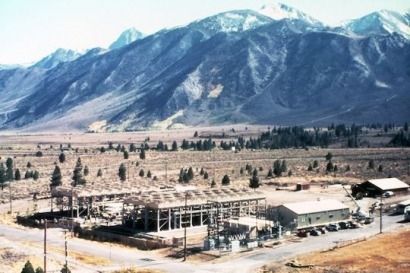 The bill, entitled "The Energy Policy Modernization Act of 2015," is sponsored by Sen. Lisa Murkowski, a Republican from Alaska, and Sen. Maria Cantwell, a Democrat from Washington state.

Among its provisions is establishing a 50 GW goal for geothermal development. It also directs federal agencies to identify priority areas for development, allows federal oil and gas lease holders to obtain a non-competitive geothermal lease to facilitate coproduction of geothermal power, and will provide geothermal exploration test projects a limited categorical exclusion provided the lands involved present no extraordinary circumstances.

The bill will be considered by the Senate Finance Committee on Tuesday.

Not surprisingly, the geothermal industry in the US is thrilled with this development, with Karl Gawell, executive director of the Geothermal Energy Association predicting it "would help America achieve its geothermal potential by addressing some of the most important barriers to geothermal development in the U.S.”

“The U.S. has world class geothermal resources waiting to be developed that can supply baseload renewable power,” agreed Terry Page, Director of Regulatory Affairs for Enel Green Power North America, owner and operator of three geothermal facilities throughout the U.S. including the 33-MW Stillwater geothermal site.

“The policy changes contained in The Energy Policy Modernization Act of 2015 would help remove some of the barriers to geothermal development and help spur new investment in an expanded U.S. geothermal industry,” Page said.

Tags: Geothermal ,Oil ,United States
Add a comment
Ann
I had my essay on geothermal development written by domyhomework4money.com. They did a great job, it's a very interesting topic!
¡Suscríbete!
biogas