Thursday, 28 March 2019
0
REM
Vancouver International Airport in British Columbia recently launched its massive facility expansion plan, including the construction of the biggest geothermal energy project in Canadian history. The geothermal ground loops produced by Versaprofiles, located in Quebec’s Bellechasse region, will be used in the construction of the new Airport Central Utilities Building, an important component in the multi-year airport expansion project. 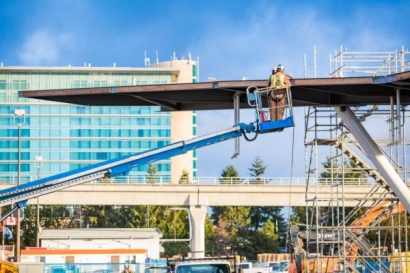 Versaprofiles Operations Manager, Jean-François Lavoie, explained, "The central utilities building will manage and distribute geothermal energy for the entire facility, including the main terminal. The initiative will also help the airport to meet its objectives of reducing the emission of greenhouse gases”.

"The activities generated by the Vancouver International Airport contract, along with several additional new projects in which we expect to be involved outside of Quebec, align perfectly with our development and expansion plans," said Versaprofiles President and owner, Serge Mercier.

The new agreement, signed with Ground Source Energy, the company responsible for developing and building the geothermal ground loop system for the energy facility, includes the production of 841Verticaloop geothermal loops measuring 500 feet each, for a total of 841,000 feet of high-density polyethylene geothermal piping.

The project will require the equivalent of 35 days of production capacity for the Versaprofiles Saint-Lazare-de-Bellechasse facility. As production is already underway, the first geothermal loops will be installed in April, 2019. The Airport Central Utilities Building is expected to launch in 2022.