Wednesday, 16 February 2022
0
REM
Belgian consortium Hyoffwind has signed an agreement with John Cockerill and BESIX to design and build a green hydrogen production unit in Zeebrugge. This agreement represents a new milestone for Hyoffwind, which is playing a key pioneering role in line with the Flemish, Belgian and European hydrogen strategy. Collaboration between partners across the entire energy chain the Hyoffwind project is being developed by a consortium active across the entire energy value chain. 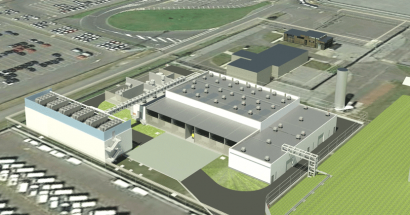 The consortium, consisting of Virya Energy (generation and sale of renewable energy) and Fluxys (transmission of green molecules), aims to develop a power-to-gas facility that can convert renewable electricity into green hydrogen.

Green hydrogen is a crucial building block for a renewable energy economy, as it can be used as a raw material for industrial processes and for a variety of mobility applications. Hyoffwind will also contribute to the flexibility and balance of the energy system by providing an effective solution for the increased variability created as a result of renewable electricity production.

Fluxys and Virya Energy joined forces in 2018 to bolster the sustainability of the energy landscape in Belgium and Europe. The first phase of the planned project will consist of a facility that can convert 25 MW of electricity into green hydrogen, but the partners aim to scale this up to 100 MW in the second phase.

Following the outcome of the feasibility study, carried out with the support of the Federal Energy Transition Fund, a tender process was started involving multiple parties. In selecting John Cockerill and BESIX as technology partners and as partners for the design and the construction of the facility, the consortium has taken the next major step.

The permit application process was begun in late 2021 and the consortium expects to receive a permit by mid-2022.

The final investment decision, which is also subject to the granting of subsidies by the Flemish government under the recovery plan, will be made in the course of 2022.Flemish Minister for Economy and Innovation Hilde Crevits has been supporting the project since 2020 because it dovetails perfectly with the Flemish hydrogen strategy.

In fact, in 2020 the Flemish government awarded €8 million in strategic ecological aid to Hyoffwind. In addition, Minister Crevits will provide another €23 million under the Flemish recovery plan via the European call for IPCEIs, whose first series of projects must now be approved by the European Commission.

Flemish Minister for Economy and Innovation Hilde Crevits, said,“Hyoffwind is one of the projects that Flanders has submitted in connection with the European call for hydrogen IPCEIs. We aim to become a frontrunner in sustainable hydrogen. In other words, it is positive that the consortium has taken the next steps towards the first green hydrogen production unit in the port of Zeebrugge. Not only will it produce sustainable hydrogen, but it will also enable companies to acquire knowledge of and expertise in this sustainable technology, knowledge that we can then export to other countries. We are delighted to support this pioneering project with the Flemish government.”

Paul Tummers, CEO of Virya Energy, said, “With Hyoffwind, we are entering the next stage in the transition towards more fit for purpose green energy sources by enabling the start of a green hydrogen supply chain. The availability of clean hydrogen is set to further decarbonize industries such as transport and logistics. By partnering with John Cockerill and BESIX, we have the complete know-how and experience to become one of the first important building blocks supporting the European hydrogen strategy. At Virya Energy, we see the development of green hydrogen as crucial element towards an end-to-end green energy service offering.”