Wednesday, 04 August 2021
0
REM
Raven SR Inc. , a renewable fuels company, today announced the selection of POWER Engineers, Inc. and Stellar J Corporation  to complete the final design, engineering and fabrication of the company's first commercial renewable fuels production facilities, to be located in the San Francisco Bay area. The facilities will convert a blend of green waste and food waste into green hydrogen for the commercial transportation market. 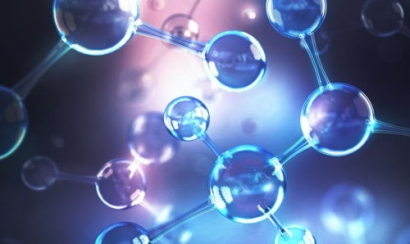 "We are excited to be working with POWER and Stellar J, two extremely experienced engineering and fabrication firms to build our first renewable fuels production facilities," said Matt Murdock, Raven SR CEO. "Both firms have a solid understanding of the energy industry and specifically, the renewable fuels sectors. We are confident that, with their experience, we will have our first facilities producing renewable hydrogen fuel in the summer of 2022."

Raven SR's first commercial systems will produce up to 10,000 kgs/day of renewable hydrogen from a blend of green waste and food waste that is being diverted from landfilling, with a negative carbon intensity generating a California low carbon fuel credit (LCFS) for fueling stations. Raven SR's patented Steam/CO2 Reformation process enables it to be one of the only non-combustion, waste-to-hydrogen processes in the world.

Raven SR's first commercial systems can reduce landfill waste by up to 200 tons per day, converting it to nearly 10 tons of renewable hydrogen, enough to power around 200 heavy-duty trucks or 1,250 passenger vehicles per day. Raven SR's patented Steam/CO2 Reformation process enables it to be one of the only non-combustion, waste-to-hydrogen processes in the world with a negative carbon intensity generating a California low carbon fuel credit (LCFS) for fueling stations.

Unlike alternative approaches to waste disposal, such as incineration or gasification, Raven SR's process involves no combustion, as confirmed by the State of California EPA's Department of Toxic Substances. This avoids the creation of toxic pollutants and particulates, and can significantly reduce greenhouse gas emissions from landfills, flared gas and vehicle exhaust.

POWER Engineers will complete the final engineering and design of the units. POWER has extensive experience in industrial chemicals and manufacturing, facility design, and environmental services. The company's projects have included complex continuous process systems, as well as renewable and conventional generation and transmission system design to support economic growth on all continents.

"This program has the potential to change the way the world sees renewable fuel sources and cost-effective fuel production," said Jim Hays, P.E., POWER's business unit director for continuous processing. "We're excited to work with Raven SR on finalizing their designs and helping them realize their vision. The process of producing hydrogen and designing this type of complex, fast-tracked facility is right in our wheelhouse."

Stellar J, a production contracting company, will be fabricating the Raven SR units for installation at the two waste and material processing sites. Its work includes public and private projects, including engineering, procurement and construction (EPC), and design, bid and build structures, including bio-gas energy projects, digesters, landfill construction, and wastewater treatment plants.

"The chance to work with Raven SR and build their first renewable fuel production facilities is a unique opportunity," said Jeff Carlsen, Stellar J's General Manager, Vice President. "It's not often you get to be on the ground floor of a radically new technology that will have a significant impact by reducing greenhouse gas emissions and diverting organic waste, while also producing clean burning fuels. We look forward to building these facilities and making Raven SR's technology a reality."

The Bay Area sites will also serve as the first two hydrogen hubs in a partnership between Raven SR and Hyzon Motors Inc. to fuel the regional Hyzon fleets, and supply hydrogen for commercial fuel stations in the region. Hyzon, a leading global supplier of zero-emission hydrogen fuel cell-powered commercial vehicles, and Raven SR previously announced the co-development of 100 of hydrogen hubs in the US and internationally.