Monday, 19 September 2022
0
Robin Whitlock
Developer of a breakthrough technology to produce renewable hydrogen using sunlight and water, SunHydrogen, has provided a a Q3 update on the company's progress toward multiple planned 2022 milestones. 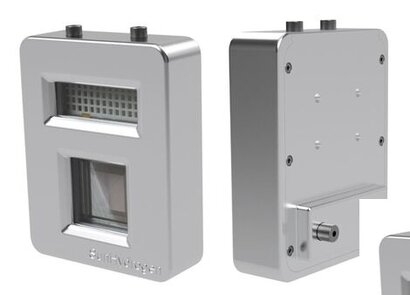 Earlier this year, SunHydrogen published both a Q1 update and a Q2 update detailing four key developmental milestones required for a production-quality prototype of the Company's nanoparticle-based green hydrogen technology by the end of Q4 2022. These targets included:

In a detailed summary of the company's Q3 progress in each of these areas:

The company recently demonstrated solar hydrogen production by pairing one of its nanoparticle semiconductor units with silicon heterojunction solar cells and perovskite solar cells. The team is currently optimising this alternate approach to maximise solar-to-hydrogen efficiency. In addition, it will also develop vendor-independent novel deposition chemistry for growing the second semiconductor unit. Both approaches will be evaluated at prototype-relevant scales.

SunHydrogen has completed its initial phase study on membrane integration with industrial partners Chromis Technologies and Ionomr Innovations. The Company is evaluating membrane integration efficacy at the Singh Lab at the University of Michigan, led by Dr. Nirala Singh, one of the lead inventors on SunHydrogen's patent for Photoelectrosynthetically Active Heterostructures.

The Singh Lab has also been developing a model to scale up to multi-wafer systems, which is currently being validated. The model incorporates the entire system, including generator housing, oxygen evolution catalyst and hydrogen evolution catalyst, and also helps identify the most important components for further increasing hydrogen production efficiency.

The generator housing prototype shown in the rendered images incorporates all essential elements in one unit. This includes SunHydrogen's nanoparticle-based hydrogen panel, integrated with catalysts and membranes, and the entire flow system for water input and gas outlet. Further, this small-scale prototype is intended to fit one single nanoparticle-based hydrogen panel for testing in a controlled environment.

Upon successfully validating the small-scale prototype, the Company will focus on developing a larger-scale model that can integrate up to 40 such nanoparticle-based panels to demonstrate solar hydrogen production in a natural environment.

“Following the release of our prototype design, we would like to confirm to our shareholders and supporters that our scientific team is currently evaluating a physical, working model of the small-scale device you saw in rendered image format” said SunHydrogen’s Chief Scientific Officer Dr. Syed Mubeen. “We are preparing to demonstrate solar hydrogen production using this prototype, and we remain on track to do so in Q4 2022.”