A ‘System of Systems’ approach: An interview with Ulik Broida of mPrest 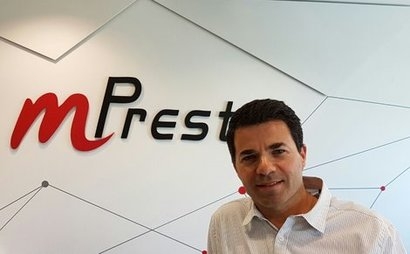 Israeli company MPrest has provided New Zealand’s leading energy utility Vector with an AI-powered, next-generation software platform that manages performance of energy use in businesses and homes in real time. It does so by connecting all the distributed energy resources (DERs) on the grid and inegrating monitoring and control of those assets with other operations. A utility deploying smart grids will generate lots of useful data, but without a top-level analysis, that data is not very useful.  mPrest creates a "system of systems" for organisation-wide management and monitoring. It's a never-before-seen approach that helps solve the Big Data problem of the smart grid.

REM talked to Ulik Broida, mPrest’s VP of Marketing to find out more.

Tell me about mPrest and what it does?

The company is about fourteen years old. It started as a software company for command and control in the defence space. We were doing a lot for the defence market, for command and control for various projects, drones in the air and the field and so on. We became quite a leader in Israel working with Rafael, which is one of the leading companies in Israel for the defence market. We also developed a system called Iron Dome, an anti-missile system that is regarded all over the world as the ground-breaking protection for countries from missiles coming from outside.

About 3-4 years ago, the management of the company asked themselves how we can grow further, so we decided to shift focus, not neglecting the defence but adding the industrial side and we decided we had to choose the vertical market we wanted to specialise in and so decided to focus on power utilities, water utilities and smart systems. When we looked at the industrial IOT, we did some analysis and found 3-4 major drawbacks or challenges that prevented much faster development. There was a lot of hype a few years ago and really big projects. These are not taking place so quickly and not at the scale that many people expected. When we analysed what was holding back this market, we identified three major challenges.

The first challenge is that most digital systems that come into the IOT world, they usually focus on one discipline. You have many vendors who have digital systems for water or for lighting or for traffic around the city, but if you take a system that is trying to achieve a ‘smart city’, what you need is correlation between these different disciplines. Most of the systems in the market today, they don’t have this correlation between disciplines, between segments, and so you lose much of the intelligence, because, I think it is already fairly well known that IOT is not about having centres and connectivity to the centres. It is about having all the information from the centres and then what you do with it.

The correlation is very important. Understanding the information coming from the data, the distributed energy resources, and then understanding the health of your assets, for example transformers, then building the correlation between them, this is really where you bring in the final value. Instead of having various systems, each focusing on one discipline, with various control systems, and various control rooms, we believe that what you really need is a ‘system of systems’ that can connect these centres, all these sub-systems, gathering the information into one area, one dashboard, one situation room and then really building the correlation and the analysis and the relevant insight. Then, you can build in command and control over the systems.

This is the first challenge that I think we are doing very well - correlation between sub-systems. We call it the ‘System of Systems Approach’.

The second challenge is that when you go to a power utility and you ask them what the next step is, they will tell you they are looking at a DERM system – Distributed Energy Resource Management system. When you go to one of the major vendors – Siemens, Schnieder, GE – and ask for a DERM solution, usually they will provide a solution with an uprated ADMS – Advanced Distribution Management System – actually the management of the power utility. If you want to add a solution for DERM, you will have to either upgrade your ADMS or buy a new one. If you talk to GE and you are a power utility that has a Siemens DMS, they will ask you to take out your DMS and install their own DMS. Sometimes it will also involve the SCADA, the heart of the control system.

So, making a really reliable industrial project for a power utility is a really heavy-lifting project. It involves tearing out some of the existing infrastructure. Utilities can be very conservative – no-one really wants to do this as it becomes a really expensive and a very long project. But what we say is that you don’t have to take out anything. Whatever is working well, keep. Whatever is working almost well, we will enhance it. We will take a system that is working at 70 percent, we will integrate it and add the missing 30 percent. The project becomes much less risky. You can do it gradually and then start working with the entire system.

The third challenge is that when you work with industrial IOT, one of the drawbacks is that many of the innovations started before digital systems were in place. The problem is that the reality is changing, it never stops. New systems are needed, new centres are needed and new business rules are needed. The system needs to adapt quickly in the changing reality. When you look at the systems out there, it is challenging to adapt the systems to the new reality. We address that with a different approach. It’s very easy with our system to connect to a new system, in many cases the customer can do it by himself. We empower completely the customers to change the behaviour of the system when needed.

Tell me more about the mDERMs platform

We have a few products and mDERMs is one of them. It’s a system that manages the DER – the Distributed Energy Resource. In the last few years, for various reasons, customers are starting to install more DER, which can be a PV system on the roof with a power battery, electric vehicles, wind farms or small wind farms, small power batteries, and suddenly there’s a new reality with new systems that need to be managed. This is what happened with Vector in New Zealand. They saw they needed to install additional capacity in their network. mDERMs is a command-and-control which is tailored to connect with many, many distributed energy resources and also to all the assets.

We can optimise all that and save a lot of money for the power utility. When you save money for the power utility, you actually save money for the customers. Once you have this type of management system in place, you can do many additional things. Given that the change in demand is happening during the day and the general demand is rising, the assets, such as many of the transformers, are being compromised. In the United States, every few weeks, you hear about a transformer that is blowing up, which is a huge catastrophe. There is also this trade in power that is coming. You’ll see it in North America but also all over the world. This is what mDERMs is all about.

Aside from New Zealand, which other markets around the world do you think will be interested in this?

How will this positively affect the economics (cost, energy savings etc) of renewable energy?

I think it will have a huge impact because it can really make good use of these distributed energy resources. Usually these will come from renewable energy like wind and solar. It can really boost the attractiveness of it. If you have a large area on your roof, if you can install these cells with batteries, you can not only use it for your own needs, you can also sell the energy when the price is right. You can build a very good business model just by getting power from the grid at low price hours and selling it back to the grid at high price hours. If you have a management system that can generate the business model, people will use it much more and the price of batteries, or PV for example, will go down. Prices are coming down very quickly and will continue to come down more and more and then you will have much more renewable energy. Most of the countries in the world have plans for that. We are working with the New York Governor, they have these ambitious plans that by 2030 they will have so much power generated by renewable energy and in order to do that you need such management systems that can optimise, not only for you but for the whole organisation, the whole country, with a global optimisation perspective. We believe that every utility in the world will have some kind of command and control system for DERS management installed within the next ten years. We are talking to many of them already and this trend will just grow and grow.

A few other benefits – when we talk to power utilities they have different needs, so some of them have asked the DERMs to command and control physical assets like digi cameras, control centres, cyber-protection of utilities, and some of them are using it for very advanced analytics. We have so many sensors that are connected to our systems and if you have good data you can obtain a really good insight into how people are using their electricity in their homes, trends per hour, per season, for the number of people in the family and so on. This can bring new insights into how to plan the grid. We call it the Internet of Energy, because everything is becoming digitised and controlled from a central location for global optimisation.