A New Approach to Hydrogen Production: An interview with Whit Irvin Jr of Q Hydrogen

Friday, 17 December 2021
0
Robin Whitlock
Q Hydrogen is a developer of sustainable hydrogen energy technologies at lower cost compared to natural gas, fossil fuel, and existing hydrogen production methods. Its ambition is to make hydrogen energy affordable, accessible and simple for all industries to use. 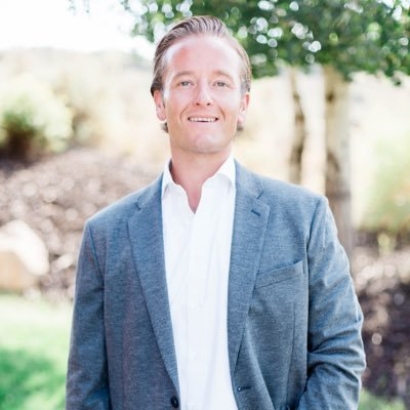 The company recently developed a process to produce green hydrogen from water – with only water vapour as a byproduct – unlike traditional methods that require heat or fossil fuels to produce. It is in the final stages of getting its first plant up and running in New England - a hydroelectric plant that is being converted to a hydrogen production plant – producing up to 100 MegaWatts of energy on less than 3 acres of land – with no carbon footprint.

Can you give me a bit of background about Q Hydrogen and what it does?

Over a period of more than two decades Q Hydrogen has created a patented invention that can produce economically competitive green hydrogen from water using a novel electromechanical device.

Q Hydrogen does not use electrolyzer technology, but an innovative electromechanical turbine to separate hydrogen from water. The technology employs multiple turbine plate sets, which contain what are called hyperbolic waveform geometries. These geometries are one of the keys to how our technology is able to create our economically competitive produced hydrogen. The turbine set spins on a stainless-steel shaft and is contained in a specialized housing that also incorporates a proprietary vortex chamber. As the water comes into the housing, it is sent through the vortex chamber that then injects the water down the center of this turbine set. As the water interacts with the spinning turbine geometries, an environment of rapidly changing temperatures, high- and low-pressure zones and other proprietary effects is created.

Our flagship facility in Northern New Hampshire will soon be opening and more specifics will be released regarding how our technology is able to create economical hydrogen via our new and novel method. With this first commercial facility, we are simply utilizing the Hydroelectric Dam as our startup electricity provider. Our technology represents a completely new way of working with energy and matter, and we are excited to bring this innovation to the world.

How much hydrogen will the plant be able to produce and who are your target customers/end users?

Initially, we will be utilizing a small amount of this hydrogen to produce electrical power through modified reciprocating generators. As far as how much will be produced for our initial opening in 2022, that remains to be seen as we are determining what businesses will be interested in locating at this former papermill and industrial site. There are about 140 acres of land around our facility that will be available for potential off takers to build their facilities or businesses, and we plan to sell power at favorable rates to those who wish to locate in Groveton.

Additionally, this facility serves as our global introduction to our technology. It will be a place where potential partners and customers from around the world can undertake whatever level of testing would be necessary to underpin use of our technology elsewhere.

Currently, we have partnerships in the works in Sweden, Germany, and the United States for use of our technology. Our company is also in discussions with groups based in Latin America and Asia. The plan is for our Groveton facility to provide all levels of certification and verification to underpin efforts that will be undertaken anywhere, and this is in addition to commercial sales of power and hydrogen to users on the site as well.

How affordable will your hydrogen be? What cost-reduction strategies have you developed?

Q Hydrogen already produces ‘affordable’ hydrogen. The company is focused on showcasing our baseload power utility installation in Groveton, NH and then moving rapidly to scale up manufacturing and commercialization. The affordability of our hydrogen will be a significant driver behind the project pipeline we have already developed, and we anticipate significant growth of that pipeline once the Groveton facility goes online.

The main reason we have undertaken the build of this first commercial facility is to showcase our different approach in producing hydrogen and we are doing it in a way that will be easy for potential partners and customers to digest.

Are other companies emulating you as far as you are aware? How could your particular approach be scaled up?

To our knowledge, we are the first company in the world to undertake production of hydrogen utilizing our proprietary methods. The approach we are taking with our phase one build is to demonstrate how easily scalable our technology is. We have developed turbines that produce less hydrogen, but from a commercialization perspective we felt starting with a large amount of production is necessary to quickly make the point for the many follow-on projects currently in our pipeline. This tactic will also show how more hydrogen production can be undertaken with less space, and this is another key as to why our methods are cost effective.

What does the future of Q Hydrogen look like in, say, 5-10 years time?

With the introduction of our technology, we hope to shorten the timeframe of making truly clean hydrogen affordable across the globe. Using significantly less expensive clean hydrogen, industries and use cases that previously would not have been imagined would now be possible.

This means that direct use of hydrogen for power plants can become commonplace, and even stranded power assets could be given a new lease on life through some modifications.

Additionally, we see use of hydrogen fuel becoming commonplace for creating clean global shipping fleets and beyond. Currently, we have several large power projects in the pipeline in Sweden, with other European projects in the works for use of our hydrogen in Green Steel production. There are also several gigawatts of power plants in discussion for Latin America in addition to private power plant negotiations to provide electricity to data centers all over the United States.

We see projects like these, and use of our technology through partnerships and other vehicles becoming commonplace. The next several years will be very busy as we ramp up production of our turbines, and then partner with the right EPCs and groups to execute all of these deployments.