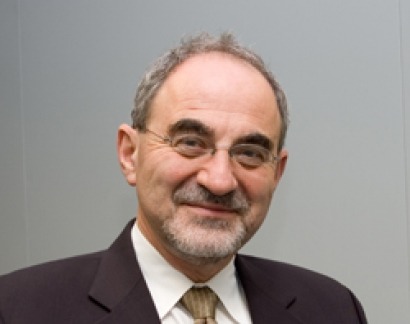 After all, the industry here in the US and elsewhere has been beset in recent years by surging competition from China, the drying up of Feed-In tariffs and other incentives, and a dramatic drop in the price of solar panels.

Yet here was a company that hadn’t even opened a factory yet, and it had already attracted such high profile investors as Presidio Ventures, the Alberta Investment Management Corporation, Energy Technologies Ventures – a joint venture involving GE, ConocoPhillips and NRG Energy – Constellation Energy, and Dow Chemical.

Then, as a topper, the firm announced in June that it achieved a world-record efficiency of 28.2 percent for its gallium arsenide-based technology, a record verified by the National Renewable Energy Laboratory.

Until then, the standing record efficiency for gallium arsenide cells had been 26.4 percent.

“I think that’s a pretty significant achievement when you consider that the rest of the industry, until very recently, was stuck at about 25 percent efficiency,” says Eli Yablonovitch, the University of California, Berkeley professor who is one of Alta Device’s o-founders.

Although Yablonovitch speaks with an unassuming air that makes his telling of Alta Device’s founding seem almost matter-of-fact, the reality is the company – which will open its first manufacturing plant in Sunnyvale, California next year – was decades in the making.

Yablonovitch began his solar cell research in 1979, when interest in renewable energy was high and the memories of the long gas lines associated with the 1973 oil crisis still fresh.

Having recently left Harvard University, and moved on to the private sector and Exxon, Yablonovitch was working with gallium arsenide a semiconductor that could produce far more energy per cell than silicon or cadmium telluride – the other materials solar cells are made from – but had the distinct disadvantage of being considerably more expensive than those other materials.

By the early 1980s, Yablonovitch said, he had the basic outlines of a technology that could be commercialized. However by then, a renewables-friendly president, Jimmy Carter, was out of office, and Ronald Reagan, seen as a foe of renewable energy, was in.

Reflecting the mood of the time, and the fact that its core product, gasoline, was again relatively cheap, Exxon also lost interest in solar power, and Yablonovitch made his way back to academia.

Now a professor at University of California, Berkeley, he began speaking regularly with fellow photovoltaics research Harry Atwater, at the California Institute of Technology.

In 2007 – about the same time the Exxon patents related to Yablonovitch’s research expired -- they founded Alta Devices.

“Basically, Alta Devices was under the radar until about March,” says Yablonovitch, who serves on the company’s board, but is no longer an employee.

“They are now spending most of their money gearing up for manufacturing and only a little bit for breaking records,” he chuckles.

“The reality is they are on the way to a very, very low-cost panel,” he says.

The company’s goal is to create solar cells with an efficiency rate about 30 percent at a cost below 70 cents per watt.

“But they are not the only ones [moving toward the goal of dramatically less expensive solar panels], because the silicon industry as a whole is also moving in that direction,” Yablonovitch says.

“You’re looking at a world in which the things that have been done up to now to reduce the cost of solar panels are just the beginning,” he says.

Yablonovitch estimates that since he attended his first solar-power related conference in 1980, the price of solar panels has dropped by about 30 times.

“So roughly every decade, the price goes down by a factor of three,” he says. “And this is pretty tangible. This is due to real, specific improvements in the process. It’s not about abstract economies of scale, it’s actually a substantial improvement in the process, and there’s no indication that is going to stop. In fact, it’s likely to speed up a little bit.”

“So I believe that over the next decade we are going to get at least another factor of three, and that would make the flat plate solar panel very economical,” he adds.

Just as importantly, as that happens Yablonovitch says, the photovoltaic sector will reach a point when it does “not require any subsidy at all.”

Asked about potential changes in the United State’s support for renewables – especially given the current political climate in Washington, DC, and the ongoing fallout from the Solyndra bankruptcy --Yablonovitch suggested that in the grand scheme of things, the politics and the bankruptcy do not matter.

“I don’t think that anything the US does will change the overall world situation, when it comes to renewables,” he says. “The economic and incentive situation is different in every country. There are some countries that are going to pay zero attention of what the US is doing.

“So the technology is going to continue to keep developing, and while it has taken advantage of subsidies up until now to develop, it is expected that after 2016, that there will be no need for further subsidies.”

Yablonovitch adds, “Honestly, I am not in favor of subsidies because subsidies always go to the existing technologies, not the new technologies. So they’re not helping a company like Alta Devices, they’re actually harming it.”

Yablonovitch adds, “Honestly, I am not in favor of subsidies because subsidies always go to the existing technologies, not the new technologies. So they’re not helping a company like Alta Devices, they’re actually harming it because the help manufacturers with competing, but less innovative technologies to artificially reduce their costs.

“When you’re doing something new, like we are doing, it doesn’t advantage us to have our competitors subsidized,” he says. “So I think subsidies, in some way, are retarding the field because they create a situation in which existing technologies become entrenched.”

At present, Alta Devices is still in the product development and factory construction stage, but it plans to start producing gallium arsenide-based solar cells in 2012.

The initial plan, as distilled in a variety of published reports, is for Alta Devices to sell its super thin cells (they’ll be about 1 micron thick, compared with the 150-200 microns for silicon cells and roughly 15 microns for cadmium-telluride) to other companies who will then make them into panels or embed them in roofing and other building materials.

The company is also widely expected to produce full-blown panels of its own.

But again, even in this, Alta Devices will be on the cutting edge. Nobody has commercialized a gallium arsenide thin film panel yet.

So why are venture capitalists so enamored with a technology that’s never come to market?

Yablonovitch says it’s because the prevailing belief in Silicon Valley and among the investors that play there is that solar power is going to be “a gigantic industry.”

“There’s been a lot of investment here in clean-tech, and Alta Devices has taken in a large amount of money, and the reason is because solar is the cheapest way of making electricity… at least during certain parts of the day.

“Even if it penetrates only 10 percent into the electricity grid, that represents a huge amount of business. That’s why they invest in it.”