Why has the UK government decided to close down the RO a year early?

Friday, 26 June 2015
1
The UK government well and truly hit the headlines this month with regard to its decision to close the Renewables Obligation (RO) a year early, announced by the new Energy Secretary, Amber Rudd. In order to get some clarity on the subject, REM asked Phil Foster of Love Energy Savings why the government would do this. Here’s what he had to say. 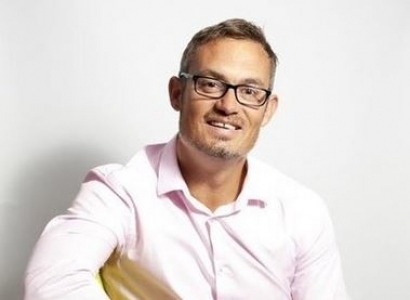 The RO is the main subsidy scheme providing funding for renewable energy infrastructure over 5 MW. The previous coalition government had already made provision for its replacement in 2017 by Contracts for Difference (CfD) but now the government has brought the closure forward, amid accusations of influence from senior, climate-sceptic Tories opposed to renewable energy. The closure of the RO in such a manner would hit Scotland particularly, it has been claimed, and there are also widespread accusations that it would damage investor confidence and severely harm the country’s ability to establish a low-carbon economy.

What do you think is the main reason for the government’s decision to close the RO a year early?

The most obvious reason to end the RO subsidies one year earlier than planned is to save money. While the UK’s economic outlook has clearly improved in recent years, there’s still a great big deficit that the government needs to service. It’s inevitable that cuts will be made, although whether or not the government is right to pull money out of the development of renewable energy sources is obviously going to trigger a great deal of debate.

Another reason that has been cited for the withdrawal of RO subsidies is the aesthetic impact that wind turbines have. No matter where you are in the country, if you read the local newspaper chances are you’ll find a story about locals petitioning against the installation of ‘eyesore’ windfarms in their area. The government has openly stressed that it wants to protect the countryside.

How can this make any sense when, of all the renewable energy technologies available to the UK, onshore wind is one of the cheapest?

The latest figures released by the Department of Energy & Climate Change (DECC) show that renewable sources accounted for 22.3 percent of the UK’s overall electricity generation in the first quarter of 2015, with wind generation up by 5.3 percent on the corresponding period in 2014. This confirms that things are moving in the right direction, so it’s concerning that RO subsidies have now been pulled. It would be a great shame for all of this progress to be undone.”

How do you think this will affect the UK wind energy industry?

The government has given energy companies a ‘grace period’, which means that onshore wind projects that have already been granted planning permission will still benefit from funding. Nevertheless, the withdrawal of this subsidy is a blow.

Onshore wind farms have always divided opinion. While some think they’re imperative to the UK’s chances of meeting ambitious climate change targets in 2020 and 2050, others think they are destroying the countryside. If the government wants to discourage the building of more onshore wind farms, then it’s vital that alternative solutions - be they offshore wind farms or an increased reliance on solar power and other renewables - receive greater levels of investment.

What effect do you think it will have on the UK’s ability to meet its renewable energy and climate change targets?

It’s hard to say for sure, but the fact that wind power now accounts for such a relatively large proportion of the nation’s overall energy generation (when compared with previous years), we can only assume that it will be harder for the UK to meet its targets.

The latest DECC figures confirmed that general energy consumption is rising across the UK, and that 56 percent of our electricity is still derived from coal and gas. This statistic simply has to come down if we are to achieve our climate change goals, and you’d think that wind power would play a major role in reducing our reliance on fossil fuels.

What effect do you think it will have on investment? Will investors start to abandon the UK because of this?

The early withdrawal of funding certainly won’t help matters. We can only hope that energy companies have noticed the positive effect that wind power has had thus far, which will convince them to invest their own money into new projects.

Given that many of the wind projects affected will be in Scotland, what effect do you think this might have on the Scottish economy?

This news comes at a time when there’s great uncertainty surrounding Scotland’s famous offshore oil and gas industry, so it’s inevitable that people will be worried about the state of the economy overall.  It’s important that we don’t panic, though.

Assuming that this proposal will have a negative effect on UK targets, what could the Energy Secretary do to ‘close the gap’?

I’m sure the government has a Plan B. Just because this particular subsidy has been withdrawn, it doesn’t mean the government isn’t dedicated to the renewable energy cause.

As I’ve already mentioned, we’re still far too reliant on coal and gas, so it’s clear that energy companies need certain incentives to move away from these polluting sources. What form these incentives will take is down to those in charge.

Could community energy projects, not just wind, help to put the UK back on track?

Certainly. While it will ultimately be the big energy corporations that make the biggest difference, every single one of us can play our part in helping the UK meet its climate change targets. In terms of reducing our nation’s carbon footprint, it’s easy to think that launching one small community project is akin to throwing a couple of deckchairs off a cruise liner in order to shed weight. However, every little bit helps, and as more people adopt a greener approach, the easier it will be for the UK to meet its targets.

Do you believe the government will start to move against solar farms as well as onshore wind?

It’s impossible to say for sure. Although solar power accounted for less than 1 percent of the UK’s renewable electricity generation in the first quarter of 2015, its contribution to wider electricity generation increased by more than 60 percent on the previous year. This suggests it’s becoming more popular and, in all honesty, it would be a surprise to see the government pull the rug from under solar projects.

Not really. I don’t doubt the government’s commitment to renewable energy, but that being said, it’s clear that certain subsidies across all sectors will need to be reined in if we’re going to reduce the deficit. It will be interesting to see if the RO subsidy withdrawal is followed by any further renewable energy cuts in the coming months. Let’s hope not.

How does this proposal leave the UK with regard to maintaining an influential voice at the climate summit in Paris?

Of course, the withdrawal of funds is not going to look good to the rest of the world, but leading figures at the summit will appreciate that tough decisions have to be made. We just need to ensure that the early removal of RO subsidies doesn’t create a snowball effect that impacts other renewable energy projects, otherwise we do risk alienating leading international climate change influencers.

Phil Foster is CEO of Love Energy Savings, a company he founded himself as a business energy comparison service. Love Energy Savings is dedicated to helping business owners not only improve their profits through savings but also save valuable time in the process of comparing and switching suppliers. Over the last three years it has helped over 36,000 businesses, saving them a total of £59 million.