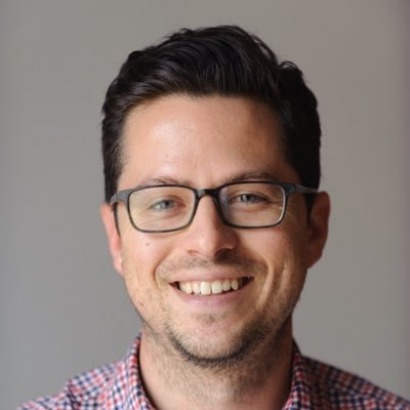 The commercial solar market in the US is trailing both residential and utility, and has been doing so for years. Noone thus far has been able to crack open this market, but a Techstars backed startup called Wunder is confident it can do just that.

REM talked to Wunder CEO Bryan Birsic to find out more about the company’s plans.

Tell me about Wunder Capital and what it does

Wunder has partnered with over 100 solar developers and installers in 27 states. The developers and installers bring the customer in, sign them on, check the roof, get them to a quote, pull us in when they reach the point of trying to figure out the economics. We have three funds that we have raised over the last two years that allow us to provide those commercial solar financings. Our capital is provided by individual investors (through our website) family offices, banks and institutions.

How are things in the US solar market at the moment?

Things are very good. The 2016 industry reports show 95 percent growth in the industry during the year, nearly a doubling, on the back of 30-40 percent growth in previous years. When you see that kind of growth, and it’s a $15 billion market, it is pretty meaningful.

How is the US market responding to the political situation at the moment?

It’s fair to say that the political side of the equation is more uncertain than it would have been if Hillary Clinton had won. We are unlikely to see the kind of support for renewables that we would have seen under a Clinton administration. That being said, really the magic of solar over the last five years has not had much to do with the regulatory environment, as much as the Obama administration would like to take credit. Really the vast majority of that growth is due to the cost of solar in the US, which has come down by 50 percent in the last five years. The number of markets solar’s economic and the number of people in those regions, has dramatically increased, so the good news is that we’re getting to the point where the political and regulatory environment doesn’t matter as much. If solar continues on its trajectory of 10 percent year over year reduction, which has been happening over the last forty years, solar is going to expand, because those cost savings and the markets in which its competitive are just going to continue getting more and more favourable.

Why is the commercial market trailing residential and utility?

The data shows that the residential market in the last five years has more than tripled, the utility market has quadrupled but the commercial market has less than doubled, in fact it’s around 50 percent growth, in total, not per annum. So, relative to the other segments in the market, commercial has lagged. What we see there, and not just us but the US solar industry groups like SEIA and other organisations, is that commercial financing has just not been available with the ease that it has been in the residential space, where FICO [a data analytics company based in California focusing on credit rating services] is really prevalent.

On the utility side, access to capital is readily available. Utilities are able to raise capital very cheaply and build infrastructure. They negotiate their pricing as a monopoly with the Public Utilities Commission [a governing body that regulates the rates and services of a public utility]. So utility scale systems have no problem getting built… From a financing perspective, the residential market is really turns on FICO scores, which are ubiquitous and very easy to lend against. The commercial market has trouble there, as it has in other verticals, because a ubiquitous commercial credit score is not available.

It is no secret that the middle of the commercial market is underserved by financing options. It is simply that the big three credit rating agencies just don’t go deeply into the mid-tail and the long-tail of commercial credit rating. If you are in the top five percent of US businesses by size, you’re likely to find credit rating for US businesses, but even if you’re at the 80 percentile mark, in terms of US businesses by size, you’re not going to have a credit score. You’ll have a lot of credit data, but you will not have a score from one of the big three commercial credit rating agencies. Because of that, the lenders have to determine your credit worthiness themselves, and that introduces a lot of costs and has always been a friction point in commercial lending broadly. The fact that solar is relatively novel, is an asset class that has been hard to value, and is more complicated than your traditional mid-market commercial lending practice, makes things difficult.

So what we’ve done is use a bunch of technology to facilitate some of the harder parts of that process, like collecting data and filtering it really efficiently. We’re creating a credit rating, so we’re going out and getting five years of financials of course, and we’re pooling that with important property records and information about the real estate. Think of a solar system as simply 25 years of electricity produced very, very, cheaply. The beauty with solar is that if you own solar on top of a building that is occupied, in most cases you can sell that electricity to the occupant, irrespective of who they are (i.e. they might not be the original borrower).

We gather a lot of information, not only about the business, but about the solar system itself, that allows us to get comfortable with the asset-backed dynamic of our financing product. Data is pulled manually and using some public and private APIs [Application Programming Interface - a set of clearly defined methods of communication between various software components making it easier to develop a computer programme and reducing the cognitive load on a programmer], and it’s run through our underwriting algorithms, which allow us to weigh it all, look for the red flags, and ask ourselves what we need to dig into. Eventually it gets to an underwriting finance director and goes before an underwriting committee.

How long do you think it will take to get the commercial solar market functioning efficiently again?

There are some nice macro tailwinds for the commercial market, the other solar market segments are getting highly commodified. Five years ago, and particularly ten years ago, the early-adopting capital sources were coming in and doing FICO-based lending, and they were making a premium or because of the solar’s novelty. That game is up. It’s no secret to anyone on the street that high-FICO solar is a great asset and so you have seen the price of the securities and of the finance go down as the cost to capital has gone down. Basically we think there is growing interest in commercial, because folks understand it’s underserved and underserved markets create market inefficiency. You should be able to get an outsized return if the market is undersupplying capital, which I think a lot of people agree that it is. I think it will take someone like Wunder, to catalyse that interest and put capital to work at scale. Commercial is a $5 million annual market in the US and if you are really going to move it forward and grow it you’re going to have to bring billions of dollars to that market over the years. Someone will need to be a conduit for that, which is what we wake up every day to do.

Anything else I haven’t covered or that you want to mention particularly?

The only thing I would throw in there is that we are moving into an environment where there is a premium on quality and there is an increase in the ‘fear relative to the greed’. I think one of the things solar is best at -and doesn’t get much credit for is the strength of its asset-backed securities and it’s recovery value. SolarCity, the US residential leader, has performed some portfolio securitisations and shown a recovery value of 81 cents on the weighted dollar for defaulted residential systems. I think the next big story is the market’s recognition that solar is a really strong asset even in the event that the original borrower goes away.