Friday, 02 March 2012
0
Dan McCue
The Association of Restaurant Owners for a Sustainable Earth (AROSE) grew out of a single man's vision into a 15,500 member collective -- the organization's web site refers to it as an "environmental action group" -- dedicated to collecting used cooking oil and grease trap waste and refining it into a clean-burning, 100 percent organic bio-fuel. 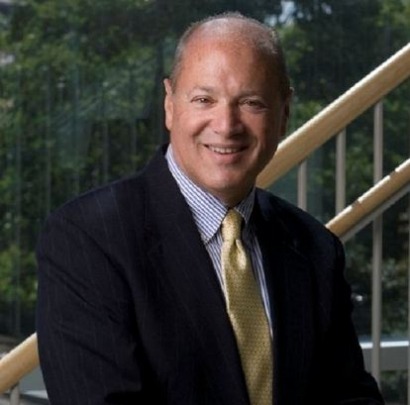 Now in its sixth year, the organization, which is based in LeHigh Valley, Pennsylvania in the US, collects over 40 million gallons of used cooking oil annually, and has been recognized by the federal government as an advanced alternative energy producer.

It is also a participating member of the Advanced Bio-Fuels Association and a founding member of Renewable Bio-Fuel Producers of America.

AROSE was founded by Ralph Tommaso, a former restaurateur himself and the one-time owner of Cucina La Traviata in Brooklyn, New York.

Deciding to turn his attention to sustainability, Tommaso established Greenworks Holdings and currently serves as its CEO and head of business development. Arose and The Alternative Fuel Foundation are its two subsidiaries.

The goal of these enterprises is to become a leading producer, marketer and distributor of renewable fuel from biomass and other organic wastes.

"Our aim is to supply the global energy market and to drive society towards making green the one true standard," says the Greenworks Holdings web site. "We continue to strive to be at the forefront of green technology and a leader in emerging green markets including refineries, electrical power generation, co-generation, propane and bio-lubricating oils.

"At Greenworks we aim to provide cost benefits to our customers while reducing overall global emissions," the web text continues.

Greenworks is a registered participant in the RFS2 Program and is registered with the EPA for use as a fuel additive.

Recently, REM spoke with Robert Hiller, the association's Director of Marketing and Strategy, who readily admits that he could probably be best described as "peripherally green" prior to joining AROSE, but quickly adds that is involvement with the effort has markedly changed his life.

"I mean, prior to my involvement with AROSE, I would recycle and do the things that a good, educated citizen would do, and I've always been very aware of the issues related to greenhouse gases, but this job has definitely been an education," he said.

As an example, Hiller said he never realized how much restaurant waste was actually being recycled -- largely with very little processing -- back into the food chain.

"I mean, I'm seriously considering a vegan lifestyle -- and I love meat," he said. "But I can't see continuing to poison ourselves this way."

How did this association come into being and how did you get involved with it?

Well, I go back some 20 years in food service. I had been in the advertising industry for many years, then I went back to school and got a degree from the Culinary Institute … and then I realized that cooking is pretty hard [laughs].

So I got back into the advertising business, but strictly focused on the food services industry. I worked for a company called The Food Group and then I was able to start my own business. I was actually Nestlé's strategic marketing agent for about 12 years. Then in 2008, my market, like just about everybody else's, came crashing down and I said, "Okay, what do I want to do now?"

Around this time I got involved with Ralph Tommaso, who had founded Greenworks Holdings, and that’s when I was first introduced to this idea of taking used cooking oil and turning it into bio-fuel. I thought, "What a neat concept!" And I have to be honest with you, up to that point I had, number one, never even thought about where the used cooking oil goes, and number two, certainly knew nothing about the bio-fuel industry.

What I came to realize is that for years, restaurant operators and others in the industry were paying to get rid of this stuff … and it was simply being disposed of; We thought we had a better solution.

We view our services as an opportunity for the restaurants to incorporate efficiencies and sustainable practices into their business that ultimately save them money.

Before I go any further, I should add, our product is not bio-diesel. It’s not a transportation fuel. Rather, what we make is a bio-fuel that goes into any type of a thermal generation plant.

How did you get buy-in from all the folks who are participating in this?

We started six years ago with my boss Ralph, a sales guy, a plant manager and a truck driver … and Ralph would run the office and try to figure out uses for the product, the sales guy would go out, door to door, and once individual local restaurants – anything from Joe’s Pizza to the Outback down the street – heard what the product was going to be used for, it was a no brainer.

We paid ourselves a straight commission on each sale that was made and it was a slow process, but educational at the same time. At first we charged the restaurants to take away their used cooking oil … then we reduced the cost down to zero. Then we started to pay them for the product: twenty cents a gallon, thirty cents a gallon … and I would say that now, our average is probably about fifty cents a gallon.

And we continue to grow. For instance, we just picked up terminal C at Newark Airport. They’ve got 45 restaurants in there and their previous supplier had still been charging them. So they wanted to do the right thing. They wanted to be more sustainable. They are run by Westfield Management, which operates a lot of shopping malls. But through that connection, now we’re talking to the Chicago Airport Commission who, as a matter of fact, have taken their sustainability initiative to a whole other level.

Next time you are in Chicago, walk through the main terminal and ask where the hydroponic garden is … they have a hydroponic garden there that’s growing vegetables and herbs and supplies a half dozen restaurants within the facility.

Now, there’s an element of initiatives like this that are for show, but it’s a start and they have ambitions to go beyond the garden and get their vehicles operating on bio-diesel and things like that. And, like I said, I came to this never realizing that something you might call a “sustainable business sector” existed. People talk about being “green,” but that talk is easy to dismiss as simply being the in-vogue thing to talk about. When you see folks actually doing it, it’s really, really refreshing.

To step back a minute, it's interesting how your business model changed, how you went from charging to pick up the used oil to paying for it. What happened?

It was the competition. The oil became a desirable commodity. The rendering guys who turn it into animal feed, pet food and cosmetics were getting it all and getting paid to haul it off because the restaurants didn’t realize it was valuable. The biofuel guys started picking it up for free so they could get it and turn it into renewable energy. Now that restaurants realize the waste has value it is becoming something of a price war to get the waste oil. The other elements are the environmental and health aspects. As a restaurant owner, do you want to be putting the waste back into the human and pet food chains or sending it somewhere it will be turned into renewable energy? It’s an opportunity to tell your customers you care about the environment and you care about what they eat.

So, you started off going door-to-door, fairly modestly … how have you kept the business growing?

It has been growing, exponentially, and a big reason for that is we have a new sales director who has been with us about six months and she is just a total dynamo; She has turned out sales effort into a finely tuned machine.

We’re now starting to pick up chain restaurants, but as we go into this area, we’re being mindful of that fact that we have to learn how to walk before we can run. Because if I pick up a chain I need to be able to serve them even in those parts of the country that we might not have a stronghold in.

That said, we have strategic alliances around the country consisting of folks whose oil we purchase currently, and they work with us on scheduling and logistics to make sure that we can handle future growth.

Who owns the processing plant or plants?

We do. We’ve got two plants in Pennsylvania, one in Stuart, Florida, another in Alabama, one in Mississippi and one just outside of San Francisco (California).

Interestingly enough, we did not start the plants in Alabama and Mississippi as cooking oil processing plants. We found that there was a tremendous opportunity in the Mississippi Delta as a result of all the catfish processing that goes on down there.

Catfish, you see, has a tremendous amount of fat in it, and what happens at these processing plants is the workers separate the meat from the unusable parts of the fish, and those parts -- the bones, head, tail and skin -- go into a waste water stream that carries them to these anaerobic ponds.

Once in the ponds, these remains are eaten by insects, but the insects don't eat the fat. Of course, we don't want to reveal too much about our processes, but I can tell you that we can pull fat off these ponds in huge quantities and, after filtering the impurities, we turn that into bio-fuel as well.

It's a simple process -- so long as you know how to refine it, of course.

What can you tell me about the process?

Well, it’s a multistep process and it involves filtering, some thermal applications, some centripetal applications, and a holding period. Then we have storage tanks at a variety of different ports around the US, and we have 40 tankers, just here in the Northeast.

And our end users cover a wide area. We ship overseas in large tankers, with South America and Northern Europe being two of our important markets.

So you're refining waste fat from just these two fish processing plants?

Actually, we now have about 25 fish plants that we service in the Southeast, and as a result of this activity, we'll be at the International Boston Seafood Show later this month, in the seafood processors section.

When you're in growth mode, you take advantage of every marketing opportunity you can. But there are an awful lot of fatty fish processing plants out there that can use our help.

Association of Restaurant Owners for a Sustainable Earth